GWR has long been associated with running Radical sports cars in various categories, but this weekend will be even busier than usual, the team running a total of five cars across both the Radical Australia Cup and Australian Prototype Series races at this weekend’s Shannons Nationals season opener at Sydney Motorsport Park.

Series regulars Peter Paddon, Chris Perini and Kosta Pohorukov will be joined by debutants Stephen Champion and Paul Braico, who step up to the national series after previously competing in state-level SuperSports competition.

To make things even busier, Paddon, Perini and Champion will also race their Radicals in the Australian Prototype Series, a category that includes other vehicles.

Paddon is the current Radical Australia Cup points leader after the first two rounds, opening a comfortable margin over his rivals thanks to a pair of race victories last time out at SMP. But Paddon is expecting serious competition this weekend, including some from within the GWR stable.

“I’m expecting Chris to be a big threat – he was very fast in the last SMP round, and I really had to work for both my race wins,” Paddon said.

“Chris is in the newer Radical SR3 RSX which is a bit better suited to the track, so it should be a good battle.”

Perini was encouraged by his pace in the previous round, where he finished on the podium and moved up to third in the standings.

“I was very happy with my lap times, but I was also a bit frustrated with myself because I did all the hard work to get ahead of Peter, and then made a couple of mistakes,” Perini said.

“My goal this weekend is to avoid the unforced errors and race cleanly.” 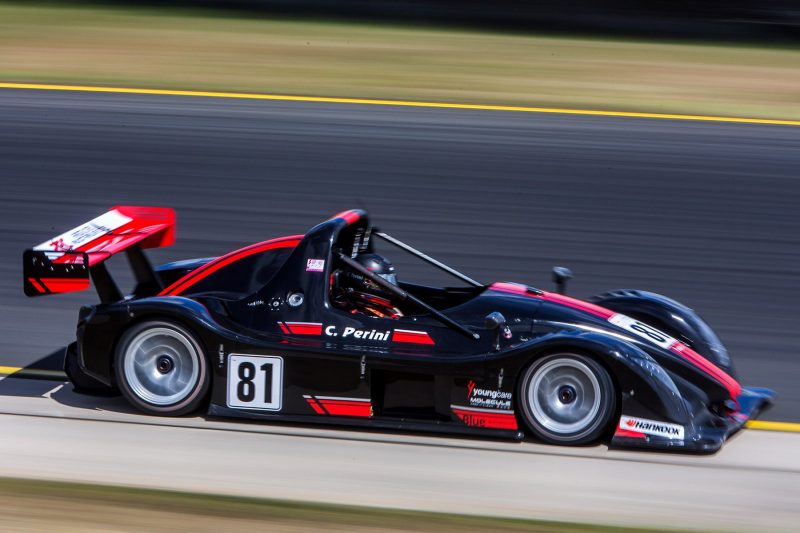 Pohorukov is hoping for a better weekend after sustaining damage in the previous round, while Champion and Braico are both looking forward to their continued rivalry.

“It’s been really good fun, we both started racing at the same time and the GWR crew have helped us both immensely,” Braico said.

“We always have hard but fair races on the track, and we’ve moved from the back of the field to the mid-pack.”

“The good thing is that the rivalry between us means we’re both learning and improving, and racing against national-level drivers will bring out the best in our performances.”

Paddon, Perini and Champion are all excited about the prospect of competing in two different national categories.

“We will have a good amount of track time in practice, which will help us in both the categories,” Perini said.

“With the Prototype races, the different cars will have strengths and weaknesses throughout the weekend,” Paddon added.

“The Radicals are not as fast as some of the other cars, but they do tend to look after their tyres a bit better, which will create some variety in the racing.”