Tyre Gamble Fails to Pay Off for Bates in Sepang

Tyre Gamble Fails to Pay Off for Bates in Sepang

A brave gamble by Tony Bates to start on slick tyres for Race 9 of the Audi R8 LMS Cup at Sepang overnight has not yielded the desired outcome, an incident on the slippery circuit forcing the AFS/Moveitnet/Local Roadways/C-Tech Laser/Bryant & Bryant driver into retirement.

The Malaysian circuit had been soaked with a heavy rain shower shortly before the start of the race, but the warm conditions meant Bates and his team were expecting the moisture to evaporate.

“We were the only car to start on slicks, and it was a massive gamble but we expected the track to dry quickly,” Bates said.

“I was tippy-toeing around for a couple of laps, and then when I braked for one of the corners, the rears locked and sent me into the wall.

“The gamble could have been a masterstroke, but it wasn’t to be unfortunately. The good news is that the damage wasn’t too serious, so we’ll come out fighting and aim to bounce back strongly in the last race of the year,” Bates concluded. 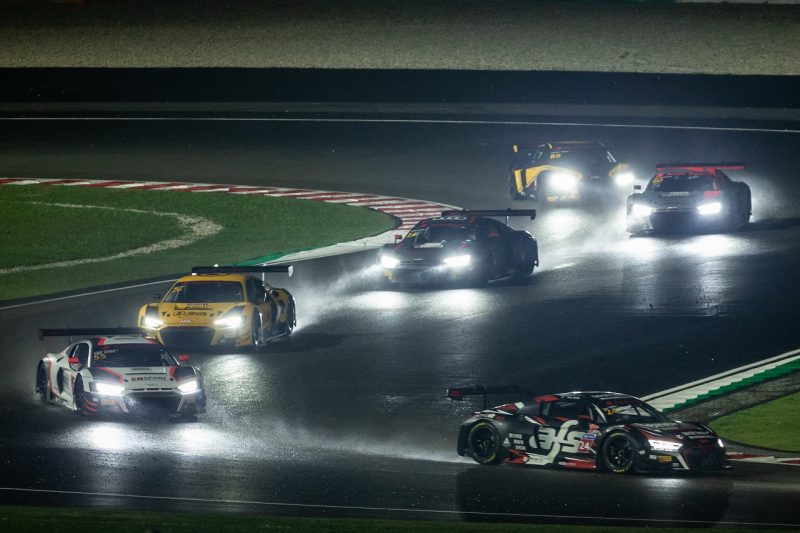