Top Ten’s and Personal Best’s for Tekworkx at Bathurst

Top Ten’s and Personal Best’s for Tekworkx at Bathurst

George Miedecke and Rossi Johnson for Tekworkx Motorsport have walked away from a wild weekend at Mount Panorama satisfied with their performances after recording a trio of top-10’s and ever improving results between the pair of them.

The team fielded a lineup that straddled both sides of the experience line with all round gun and super experienced runner George Miedecke running the #26 while Rossi Johnson made his Toyota Gazoo Racing Australia 86 Series debut at 18 years of age.

George Miedecke’s weekend was spent muscling his way forward amongst the battles inside the top 10 on track, much of the time being within the group that was contesting the lead of the race. Miedecke was impressed with the ability of the Tekworkx team to continually improve the setup across the weekend which resulted in continual performance gains for Miedecke even by the final race. 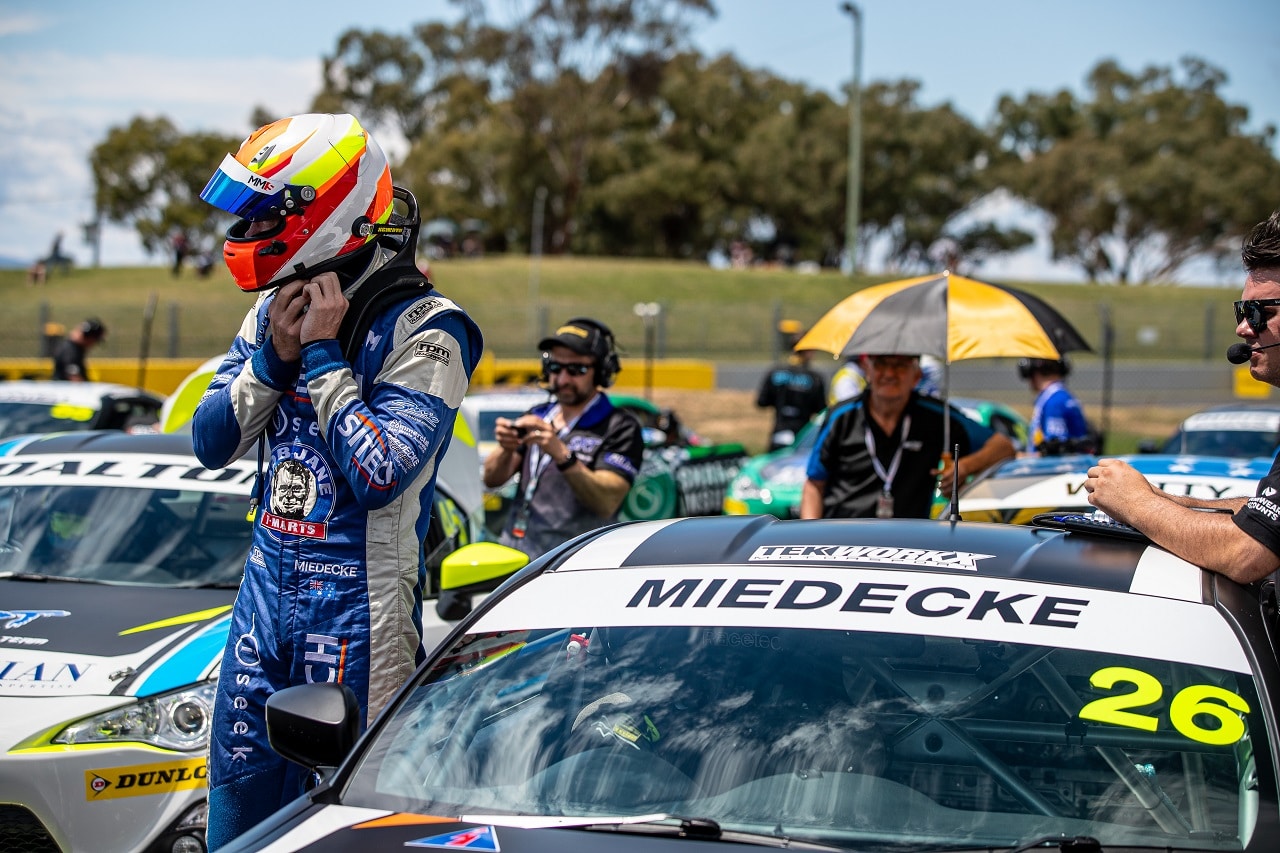 “I was pretty happy with how Saturday went, I dropped some spots at the start of the race due to some clutch slip off the line, but I got the spots back and then we had a swing at the setup overnight to dial in some more turn in for the corners,” said Miedecke.

“I got a little bit unlucky actually in race two, the car in front had a mechanical issue which caused me to check up on the final lap and a few drivers were able to drive by me. I still wanted to chase a little bit more in the setup and the team were really accommodating and we made a pretty big change which worked quite well, the car was brilliant in the final race.”

“I got what I wanted out of the weekend, which was the door-to-door racing experience, against some very quality drivers who were up there in that top 10. Overall, I’m really impressed with the Tekworkx team this weekend they were very professional and organised, the car was quick, and I think they’re going to be a team to watch for sure moving forward,” concluded Miedecke.

Rossi Johnson, on his debut in the category was not expecting to be near the pace of his much more experienced teammate and was instead focusing on incremental self improvements over the course of the weekend.

“At the start of the weekend I sat down, with Team Owner Rob Woods, and we said if I can bring the car home in one piece and with a top 15 finish than it will be like a win for us. So obviously with that third race where I did finish 15th, I’m overjoyed with the weekend,” said Johnson.

“The team had a great group of mentors around this weekend. Having Tim Brook and Luke Youlden with me, going through data and footage was amazing and we ended up taking 7 seconds off my lap time from practice to the final race. Only getting the one practice session wasn’t ideal and then qualifying was disrupted to so I was back around position 22 at the end of race one.”

“To come through from there, with the progressive grid was phenomenal. The racing in this series was pretty eye opening with everyone going everywhere and I was a little hesitant in the first race or two.”

“I was able to lean on the experience of Brook and Youlden and I felt much more composed by the time we got to race three. I was instinctively more decisive with where to push and lift off and I was able to be pretty smart and pick my way through some incidents in that final race as well,” concluded Johnson.

The next round of the Toyota Gazoo Racing Australia 86 Series takes places at Winton Raceway from May 29-30.