The emphatic qualifying performance concluded a busy day of action for the #24 Bostik Trade Audi after two practice sessions preceded the afternoon’s two 20 minute qualifying sessions. At the conclusion of the practice sessions, Bates felt comfortable with the car’s pace after he finished seventh in Practice one and second in Practice two where driving duties were shared with Mostert.

“We felt reasonably comfortable following practice, I knew where I was losing time and fortunately it wasn’t lots of different areas, it was a specific spot on the race-track. I was able to home in on that area through the data between sessions and iron out some of that lost time,” said Bates.

“Chaz was just immediately on the pace, as we expected. He’s pulling double duty this weekend running a Bostik Audi in GT and TCR, completely different cars of course. I leaned on him a bit in practice to work on my own lap times and saw a marked improvement on the timesheet.”

Qualifying for Saturday’s races was decided over the course of two sessions, one for the AM drivers and one for the PRO drivers. Bates helmed the #24 in the first qualifying session where he was able to claim sixth position. 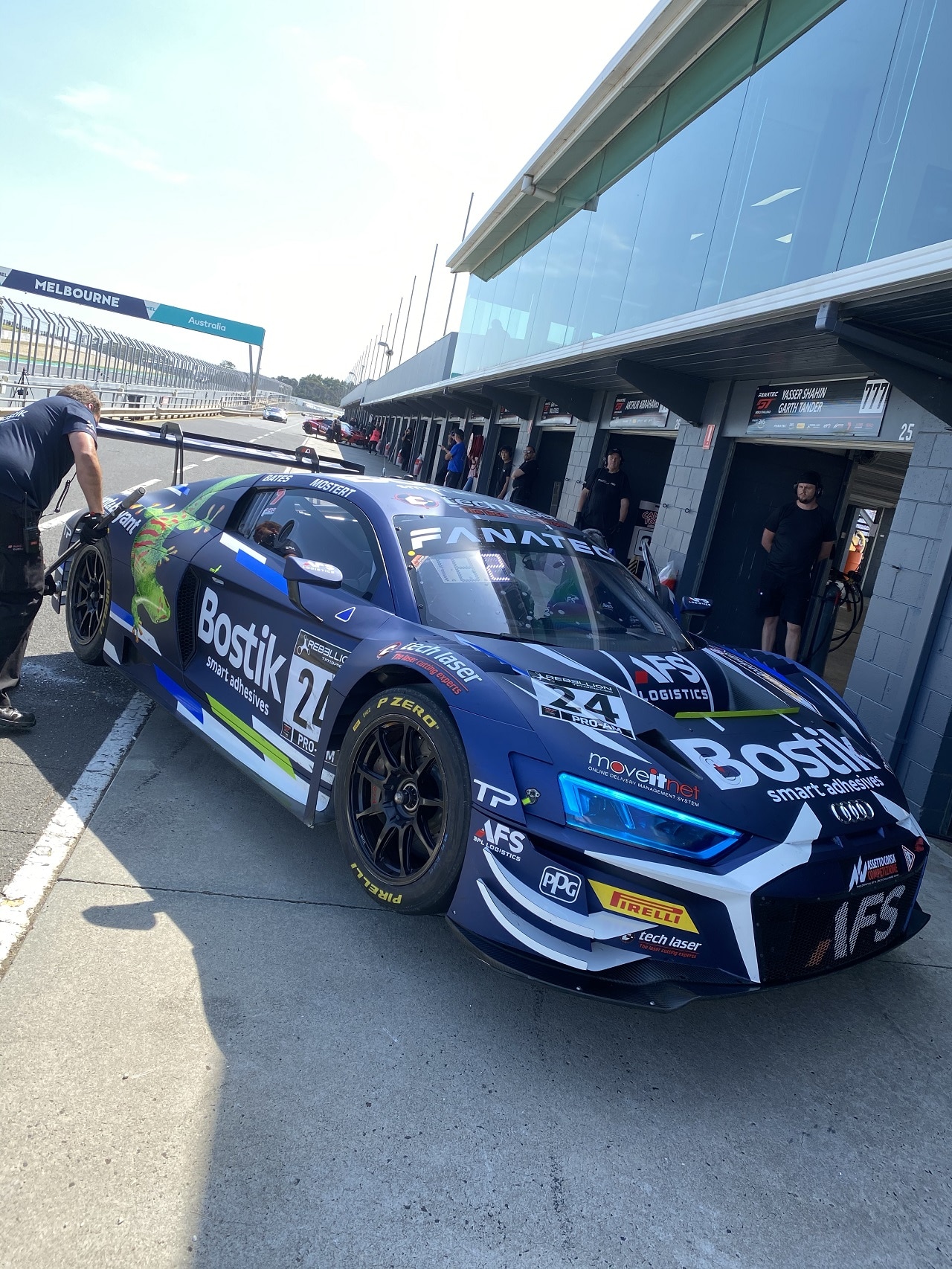 In the second qualifying session, times were slashed by almost two seconds and it was Mostert who went quickest of all, with a 1.28.1841 that narrowly edged out the competition. The grid for Saturday’s 60 minute season opener was to be decided by the fastest times from both sessions, however the nature of how fast the second session was, means the results of Qualifying #2 determined the majority of the grid.

“I’m pretty pumped to get that lap in and grab the first pole for the GT World Challenge Australia, it’s a great start to the weekend. The Bostik Audi is pretty speedy, the crew have done a great job preparing the car and looking forward to what I can do with Tony tomorrow,” said Mostert.

“Tomorrow is going to be really interesting, the forecast looks pretty wet at the moment, so we’ll have to wait and see what it looks like when we get to the track. Fortunately, we’ve got one of the best in Adam de Borre with us this weekend, so I know we’ll have a good machine under us,” concluded Bates.

The Fanatec GT World Challenge Australia Series commences on Saturday at 12:20PM AEDT with a 60 minute race to begin the season.