Slade and Grice Give ASM Alfa the Thumbs Up

Slade and Grice Give ASM Alfa the Thumbs Up

Tim Slade and Ben Grice have given the Ashley Seward Motorsport Alfa Romeo Guilietta TCR car the thumbs up, after two days of testing at Winton Motor Raceway.

With yesterday’s running hampered by damp conditions, the team elected to stay in the region overnight; fortunately, the weather improved and today both drivers were able to complete some dry laps.

Having sampled the car in a mixture of conditions, Grice and Slade were both overwhelmingly positive about its performance.

“It’s a real race car, there’s no doubt about that,” Grice said.

“It has plenty of grip but it’s also the sort of car where you really have to commit, and it rewards you for it.

“In terms of the mid-corner handling characteristics, the front-wheel-drive aspects take me back to when I first started my racing career in a Suzuki Swift, but the braking attributes are more like a Supercar – you have to apply a lot of pressure in the initial part of the stop.

“It was very helpful sharing the car with Tim; he’s a class act and I was able to learn a lot from him.

“Based on the results from last year, we know Ash’s TCR cars are very quick, so it was a real privilege to get to drive it.”

Slade was also enthusiastic about his time behind the wheel. 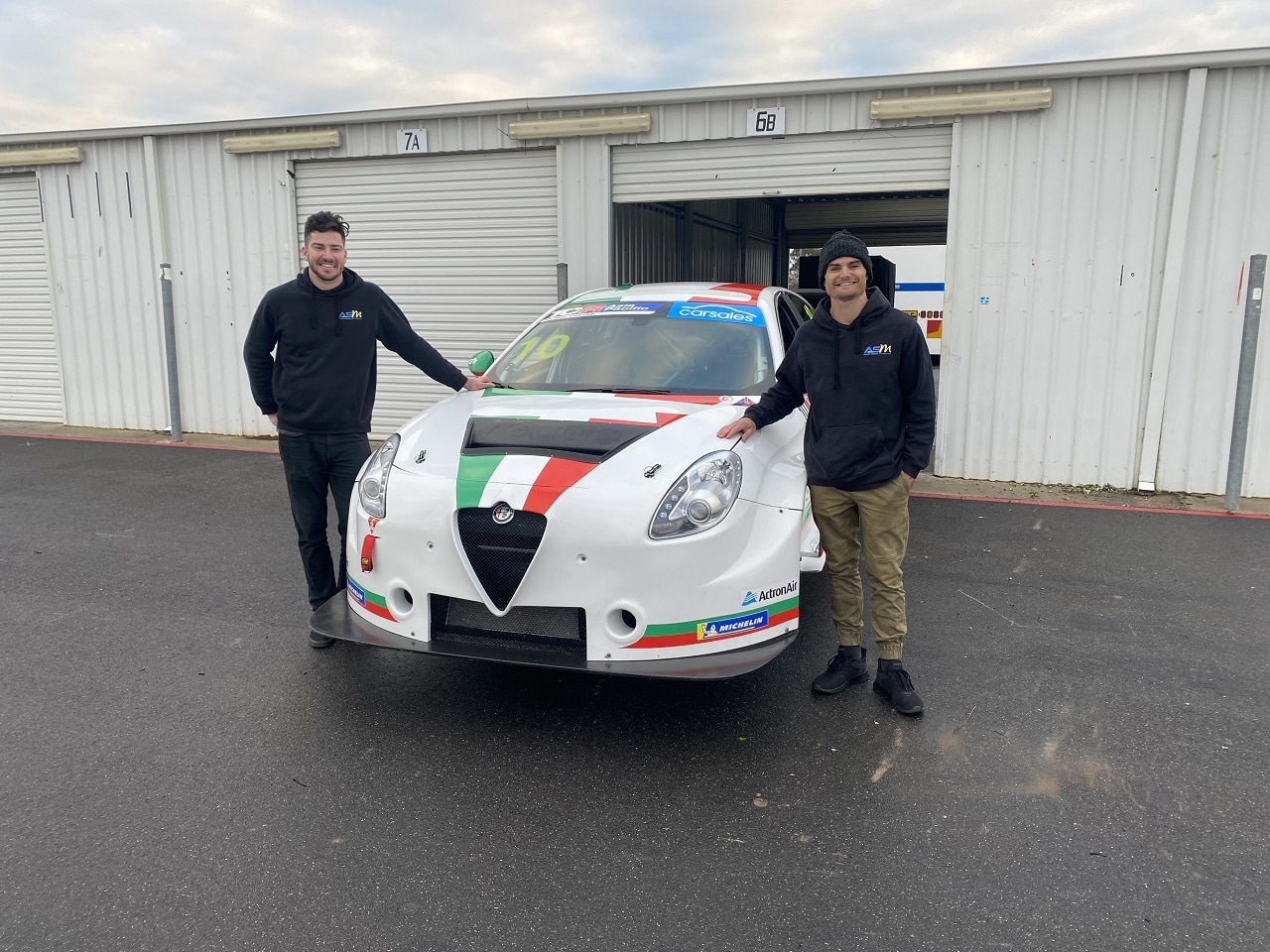 “As a driver, it’s been good to challenge myself and learn something new,” Slade said.

“The Alfa refined package and I achieved my objective of getting a feel for it and improving through the day.

“Ash (Seward) and I have known each other a long time and it was awesome to work with him – his approach to preparing race cars is top-notch.

“When the car rolled out of the truck, it was absolutely perfect and I wouldn’t expect anything less from Ash – his attention to detail is just amazing. Having experienced it first-hand, I can understand why his TCR cars were so competitive last season.”

“I rate Ben, he’s a good peddler and we genuinely get along,” he said.

“He’s the sort of person who just says it how it is and doesn’t make excuses; he’s very easy to work with.”