Tom Sargent says a national title will be firmly in his sights when he returns to the race track for the 2020 Australian Formula Ford Championship.

The 18-year-old driver from Young has confirmed he will again drive for the Canberra-based CHE Racing outfit in his third season of competition in the junior development category.

Over the last two years, Sargent has rapidly risen to prominence as one of the country’s most exciting up-and-coming talents. In 2018 – his rookie season in car racing – Sargent had originally planned to focus on state-level Formula Ford, but his results exceeded expectations and saw him progressing to the national series, where he finished eighth overall despite missing two rounds.

Last year, Sargent scored race and round victories, along with numerous podium finishes, to finish third in the final standings.

“I feel like I’ve learned a lot over the last two seasons, which has set me up really well for a crack at winning the championship this year,” Sargent said.

“Last season, we were fast at all the rounds, but there were a few things with the rules that I needed to learn. The other good thing is that I know all the tracks now – every circuit on this year’s Formula Ford calendar, I’ve raced at before.”

Sargent said the CHE Racing team’s nurturing environment has brought out the best in his driving.

“Everyone at CHE Racing is very motivated to succeed, but they’re always friendly and encouraging,” he said.

“Their attention to detail is amazing – Colin (Hill, race engineer) is a perfectionist and the cars are always immaculately-prepared.” 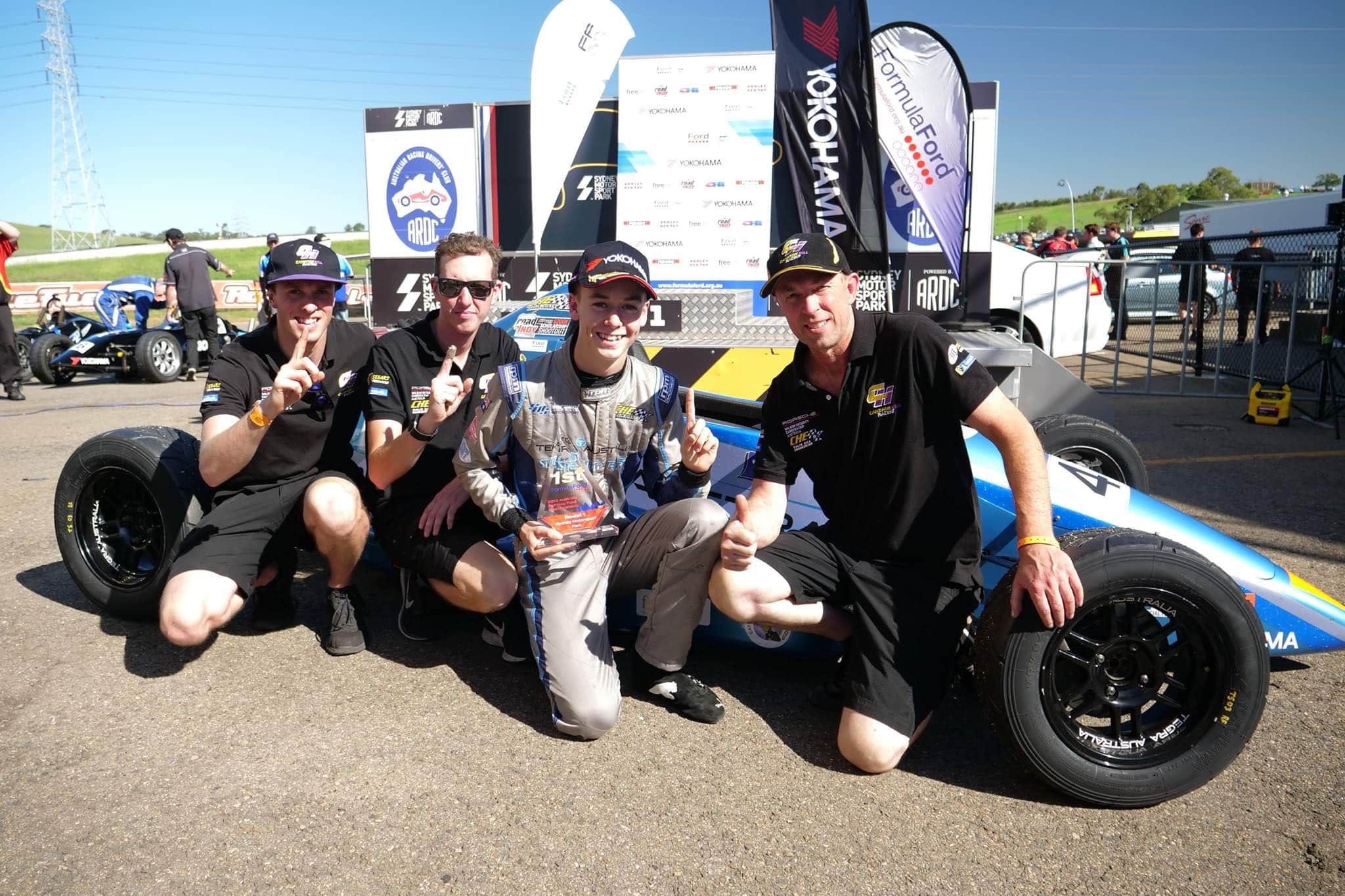 “Tom has always been fast, but his capability to describe how the car is handling, and provide us with the information we need to tune and optimise its performance, has improved enormously,” Hill said.

“We’re thrilled to have Tom on board, and we’re determined to put all the ingredients in place for him to challenge for the Australian Formula Ford Championship.”

The 2020 Formula Ford season commences at Winton in March.