The Road to Bathurst Program has produced its latest Mount Panorama rookie, with young gun Jake Lougher set to make his debut on the iconic circuit at next weekend’s Supercheap Auto Bathurst 1000, where he will compete in the Toyota 86 Series support races.

The 22-year-old burst onto the circuit racing scene last year in the Mazda RX8 Cup Series; despite not having any previous circuit racing experience, Lougher scored several podium finishes on his way to seventh in the final standings, also securing Rookie of the Year honours.

Like other racers, Lougher has benefited from driver development through the Road to Bathurst Program. The brainchild of experienced endurance racer and RaceAway Track Time motorsport services owner Phil Alexander, Road to Bathurst provides rookie racers with experience in a variety of competitive environments to prepare them for the challenges of racing on the Mountain.

The Central Coast driver said his involvement in the program set wheels in motion that ultimately led to the opportunity to compete at Bathurst.

“Phil (Alexander) has had a significant impact on my racing career so far,” Lougher said.

“He provided a lot of guidance for me and my family Allstars Racing team when we started competing in Mazda RX8 Cup, but he also encouraged me to compete in other events like the Cheap Car Challenge at Pheasant Wood, to hone my race-craft and ensure I would be fully-prepared for my first Bathurst outing.

“Through the Cheap Car Challenge and a few other Pheasant Wood events, I met the circuit owner Steve Shelley and his brother Cameron, who manages the venue.

“Steve purchased a Toyota 86 race car and our team prepared it with the view to running it in the Toyota 86 Series this year; unfortunately due to COVID, the season didn’t progress as we would have expected, but it’s sensational to finally be racing the car at Bathurst and I can’t wait.

“I have already done some laps of the Mountain in my RX8 at Challenge Bathurst last year and once again, Phil provided some valuable guidance which helped me learn the circuit.”

While the Toyota 86 and Mazda RX8 race cars are similar in many ways, Lougher said there are some fundamental differences in driving technique between the two.

“The RX8’s handling is slightly more twitchy than the 86, but the rotary engine of the RX8 has more torque, which means you can recover from small mistakes more easily; in the 86, it’s important to keep the rolling speed up and avoid losing momentum.

“I was fortunate enough to race the 86 with Steve in the Wakefield 300 endurance race earlier in the year, so I already have some experience in the car.” 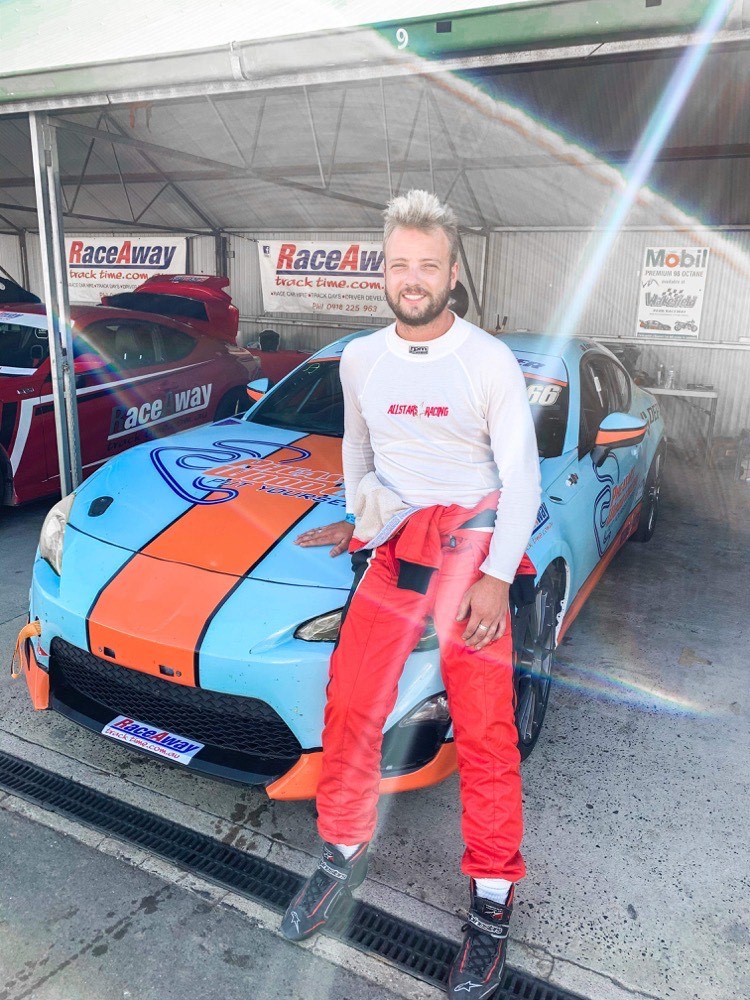 Phil Alexander said Lougher’s Bathurst debut has come about because of his dedication and raw ability.

“Jake has only completed one full season of circuit racing, so for him to already be making his racing debut at Australia’s greatest race track, competing at the most prestigious event, is an outstanding achievement,” Alexander said.

“We’re proud to have supported Jake through our Road to Bathurst program and he’s applied himself diligently in every stage of the process; we’re excited to see him tackling the Mountain.”

Lougher acknowledged some key supporters for the opportunity.

“I’d like to thank my family for their support, Phil for his guidance, Steve and Cameron Shelley for the 86 opportunity and also Peter Day from Road to Race in West Gosford, who helped me with car setup on the RX8,” Lougher concluded.

Practice for the Toyota 86 Series commences on Thursday morning.