Over $2,000 was raised for bushfire victims during the special “Race for Relief” 3hr 40min iRacing endurance event, held at Phillip Island on Saturday, 11 April and won by the Evolution Racing Team Holden ZB Commodore of Ethan Grigg-Gault/James Scott.

The race attracted a total of 46 entries across Supercars and TCR classes, and while the Grigg-Gault/Scott ZB Commodore led 128 of the 138 laps it completed, Grigg-Gault was forced to hold out a hard-charging Cooper Webster in a blockbuster finish.

Webster, sharing the second ERT Commodore with Jordan Caruso, had staged a stunning fightback from the lower reaches of the top 10 after Caruso had experienced a couple of incidents during his stint, and found himself in a position to challenge for the win with half an hour remaining.

Webster temporarily took the lead inside the last 20 minutes with a move on Grigg-Gault at Turn 4, but Grigg-Gault re-captured the top spot when Webster was baulked by a lapped car at the final corner.

Webster attempted another move for the lead, lining up for a bold outside pass on Grigg-Gault at Turn 1 with just a couple of laps remaining. Ultimately, Webster ran wide and had to settle for second position.

Third place went to a couple of real-life racers, open-wheel star Oscar Piastri and Porsche pilot Christian Pancione teaming up in their PP Racing Commodore. Pancione was given a scare during his stint when he was taken out by an errant TCR car at Lukey Heights, but some solid driving and smart pit strategy enabled he and Piastri to recover for the final spot on the podium, ahead of the Cooper Murray/Tyson Williams and Thomas Hinss/Ben Christensen Mustangs.

Real-life Supercars stars Cameron Waters and Thomas Randle teamed up in Waters’ Monster Energy Mustang, and were solidly inside the top 10 before retiring after 60 laps with technical problems. 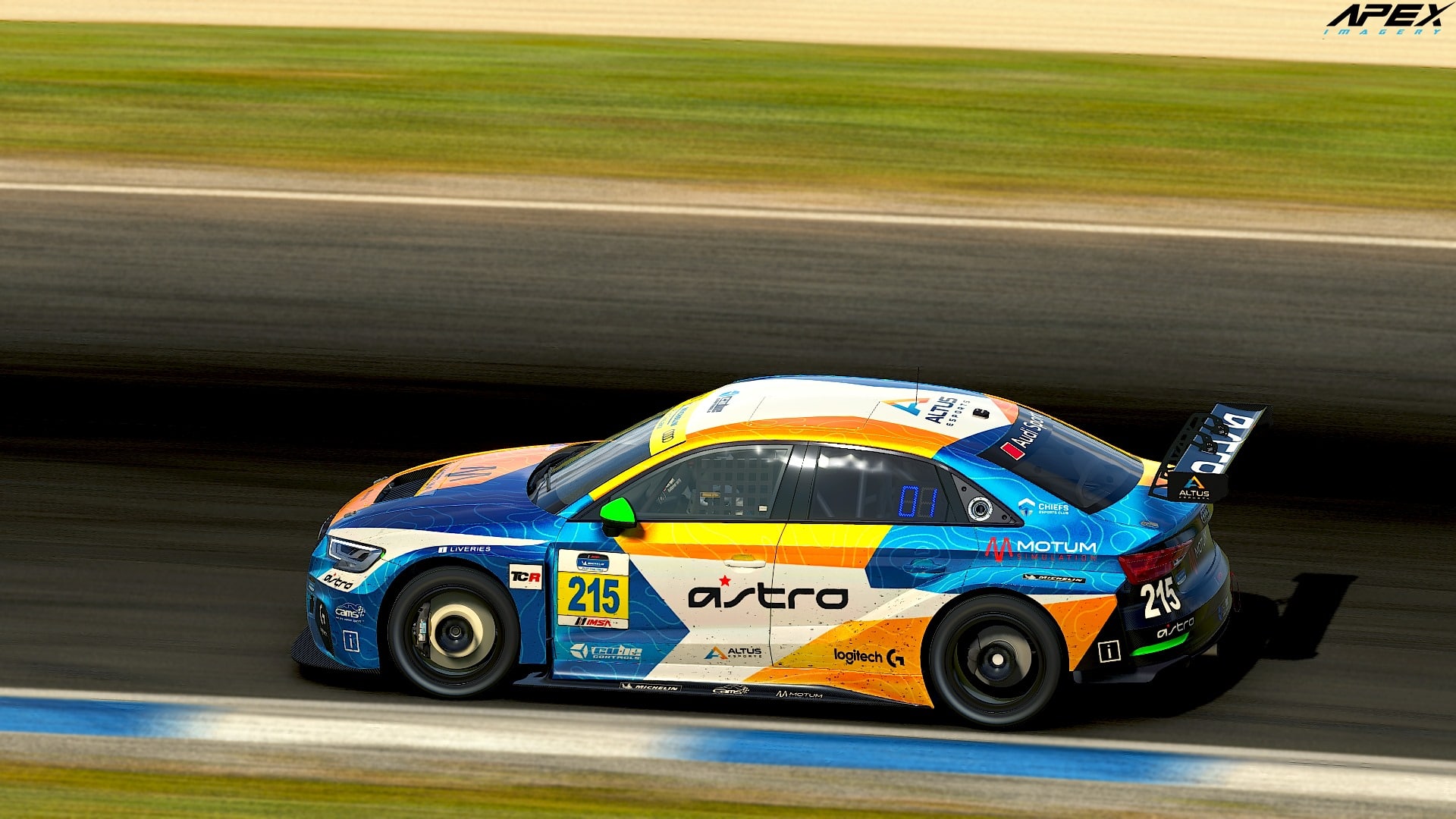 The TCR class win went to Altus eSports drivers Jackson Souslin-Harlow/Jay Hanson after a closely fought duel against the Wayne Bourke/Paul Rodgers Audi RS3. The two cars exchanged the lead several times throughout the race, before Souslin-Harlow gained the ascendancy in the final stint.