Padayachee Back on Track After GWR Porsche Repair Effort

Padayachee Back on Track After GWR Porsche Repair Effort

Duvashen Padayachee will be back in action for Round 5 of the Porsche PAYCE Carrera Cup Australia at the Watpac Townsville 400 this weekend, following a herculean effort from the GWR Australia team to repair his Porsche GT3 Cup car, which was extensively damaged in the previous round at Hidden Valley.

Padayachee paid tribute to the hard-working GWR crew, who not only had to fix the car, but also had to battle tight timelines and logistical schedules.

“Everyone at GWR has done a great job to get me back on track – they had to transport the car from Darwin all the way back to their Sydney workshop, and then repair it in time for it to be in the truck for the trip up to Townsville,” Padayachee said.

“They had some other race meetings in between the Carrera Cup rounds as well, so it’s been an extremely busy time for them and I can’t thank them enough.”

Padayachee is one of the few drivers in the field with previous Carrera Cup experience in Townsville, having raced there the last time the category visited the venue in 2015.

“The Townsville track reminds me of Adelaide, in that it’s a street circuit but it still has some high-speed, flowing corners,” he said.

So far in 2019, Padayachee has shown strong race pace and has highlighted qualifying as an area for improvement.

“Our race package is as good as anyone’s – when you look at my lap times from Darwin, they were just as quick as the front-runners,” he said.

“The next challenge is to nail our qualifying setup, because track position is so important in this category. With the cars being so evenly matched, it’s difficult to make progress when you’re buried in the pack and it also leaves you vulnerable to incidents, as happened in Darwin.” 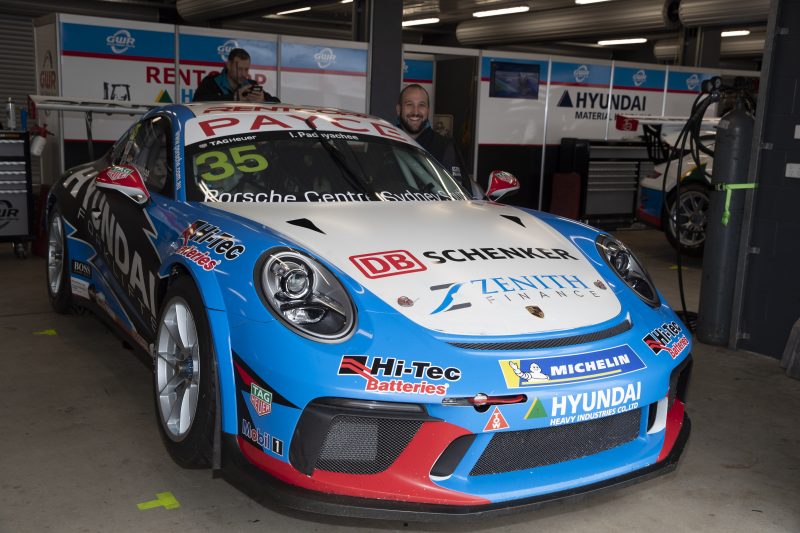 Duvashen’s father Indiran Padayachee will also make his return to the series this weekend, after missing the previous round in Darwin with work commitments.

“Dad is looking forward to being back on track – he’s raced in Townsville before as well, and is excited to be back behind the wheel. It’s a good field of Pro-Am drivers this weekend, so hopefully he can be competitive,” Padayachee said.

Practice 2, qualifying and all three races will be shown live on Fox Sports 506 and streamed on Kayo Sports.

Races 1 and 3 will also be shown live on Channel 10, as part of their coverage of the Townsville 400.