Duvashen Padayachee believes the GWR Australia team’s ability to think on the run will be a major asset heading into this weekend’s penultimate Porsche PAYCE Carrera Cup Australia round at the Supercheap Auto Bathurst 1000.

Padayachee scored his best race result of the season in the previous round at Tailem Bend, where he finished fifth in the weekend’s final race and sixth overall. He said the main explanation for the result was the way the team adapted to the rapidly-changing track conditions.

“The Bend was an interesting round, because we tested there in the lead-up, but when we arrived for the race weekend, the track was completely different,” Padayachee said.

“The crew did a really good job of improving the car all weekend, and in the second and third races I was able to fight with the leaders.”

With highly changeable weather expected for the next four days, Padayachee said the results will largely be determined by the team that can read the conditions the best, and react accordingly.

“The fact we were able to make such strong improvements to the car at The Bend gives me a good feeling for Bathurst, especially if the conditions keep changing,” Padayachee said.

“I haven’t raced there since the 2018 Bathurst 12 Hour, but it’s a track that has fond memories for me, especially the 2017 12 Hour where I finished fourth outright.”

“Dad knows his way around the track, and has been preparing with a lot of work on the simulator at home,” Duvashen said.

“The key for him will be nailing his braking points and racing lines through the first and last sectors, and gradually building up confidence over the top of the Mountain.”

Practice and qualifying for Round 7 of Carrera Cup will be held tomorrow. 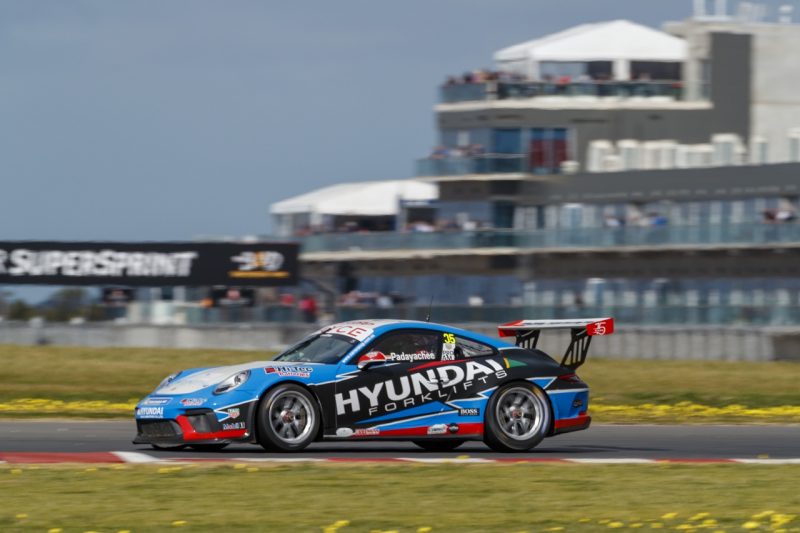