Pace and Podiums for ASM TCR Drivers in Tassie

Pace and Podiums for ASM TCR Drivers in Tassie

Holdsworth qualified on pole position and won Race 1, before finishing second behind Jordan Cox in Race 2. He finished first on the road in Race 3, but was left frustrated by a five-second penalty that relegated him to third behind Cox and Chaz Mostert.

Nevertheless, Holdsworth emerged from the weekend second in the standings behind Cox and was satisfied with his first race meeting in a front-wheel-drive car. 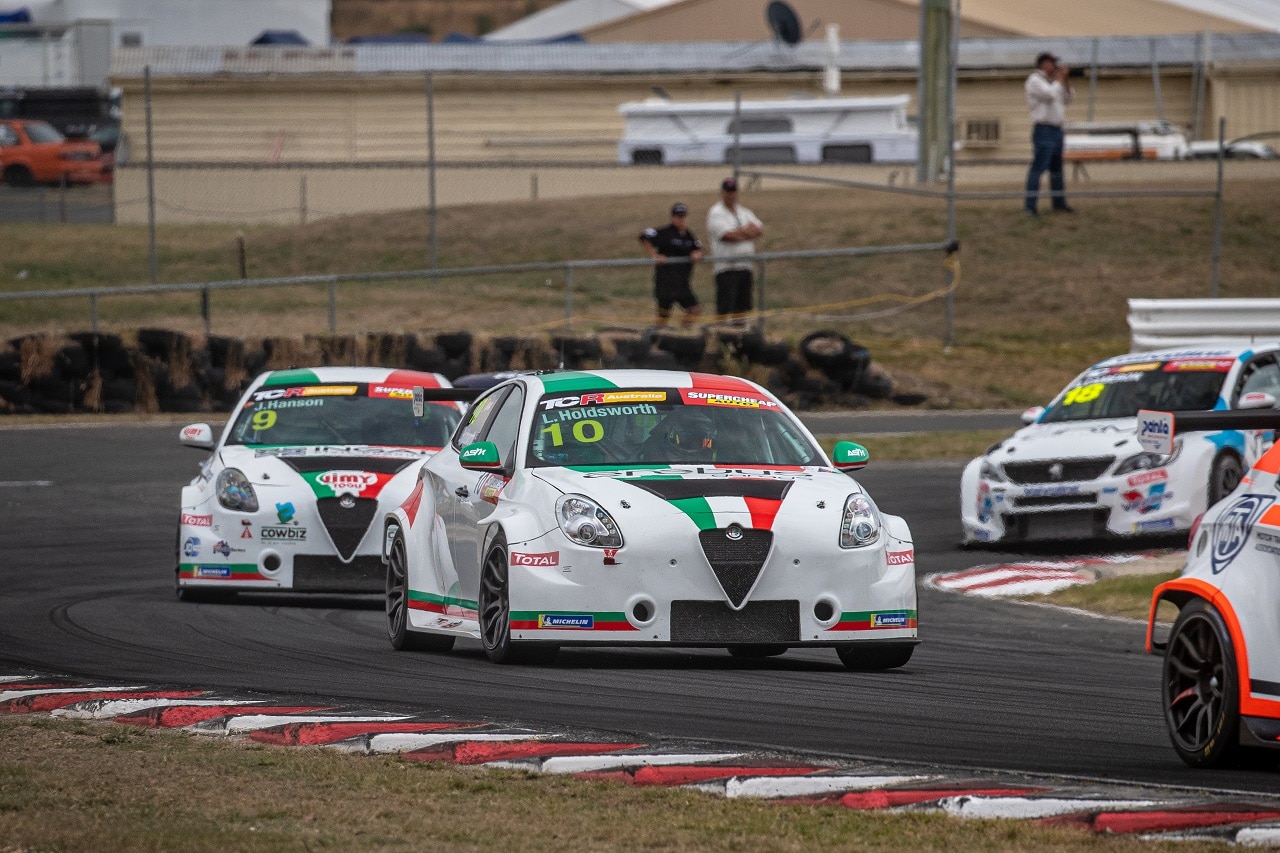 “It was a really good first event in the category; I thought we would run towards the front, but I didn’t expect to be quite this strong,” Holdsworth said.

“Ash (Seward) and the team did a fantastic job with the car and we weren’t making any big changes, more just small refinements.

“I’m working on my driving technique, especially with managing the wheelspin to look after the front tyres over a race distance.

“I also need to work on my starts; I gave away four positions off the line over the course of the three races, so that’s definitely an area for improvement.”

After qualifying third, Hanson ran inside the lead pack during race one, but after taking the chequered flag in third, he was penalised for contact with Chaz Mostert at the hairpin, which relegated him to seventh.

Hanson was fighting forward in the second race before a heavy impact from another competitor caused terminal damage to the rear of his Alfa.

The ASM crew worked hard to repair the damage for Race 3 and Hanson duly rewarded them with a strong drive from the rear of the field to seventh.

In addition to his TCR exploits, Hanson also competed in the Excel races, recording a trio of victories.

“It was a very busy weekend, I had a few back-to-back races so I very quickly had to switch my brain from TCR mode to Excel mode, and vice-versa,” Hanson said.

“The mistake in race one was totally my fault, but when I went to apologise to Chaz, he was really nice about it.

“Unfortunately, the incident in race two put me out, but in race three I had enough pace to fight back up to seventh.

“It was a positive weekend overall and my pace has given me a lot of confidence moving forward.”

Holdsworth and Hanson will be back on track for the second round of TCR Australia at Phillip Island, 19-21 February. 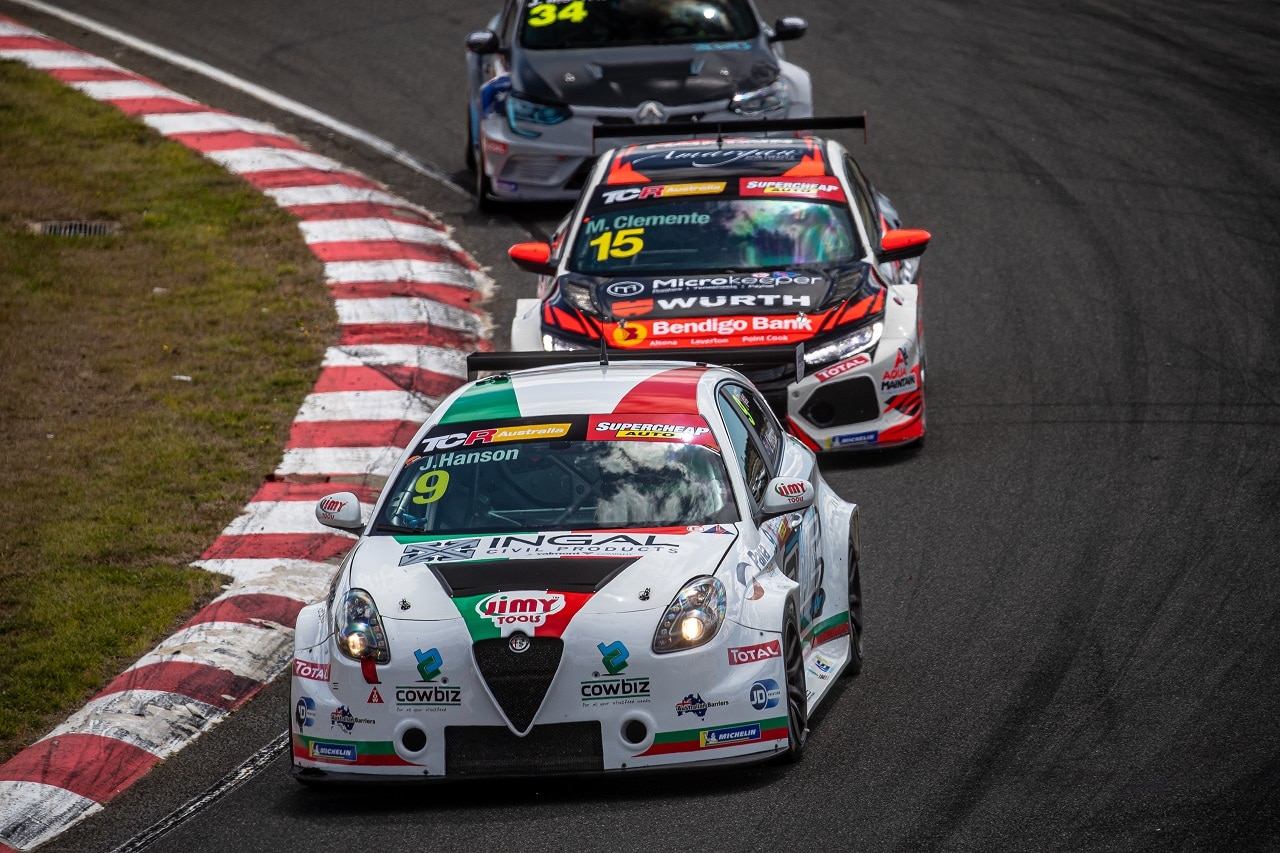 TCR Points after Round 1