After qualifying 19th outright in a damp session, Morris progressed to 12th in Race 1. In Races 2 and 3, he became embroiled in a fierce contest with Jason Gomersall for the Super3 Class lead, the two cars swapping positions on multiple occasions despite Gomersall running a superior tyre option. Morris eventually finished Race 2 eighth and Race 3 ninth.

“I treated it like a big test day,” Morris said.

“I already knew the track – I had raced there before in my Excel – but it took some time to get used to the car. The braking was an especially big challenge and it took me all of practice, qualifying and Race 1 to get my head around it.

“I was stoked to be battling with Jason in Races 2 and 3, because he was on soft-compound GT tyres that were much quicker.

“Overall, it was a fun weekend and I’m very grateful to Motorsportsales.com.au for their support and to Brodie Kostecki for engineering and coaching me.”

The other Motorsportsales.com.au backed driver, Karl Begg, was excited about turning his first laps at The Bend aboard his TA2 Mustang. Unfortunately, his weekend was dealt a severe blow when he collided with a spinning car during Saturday morning practice. 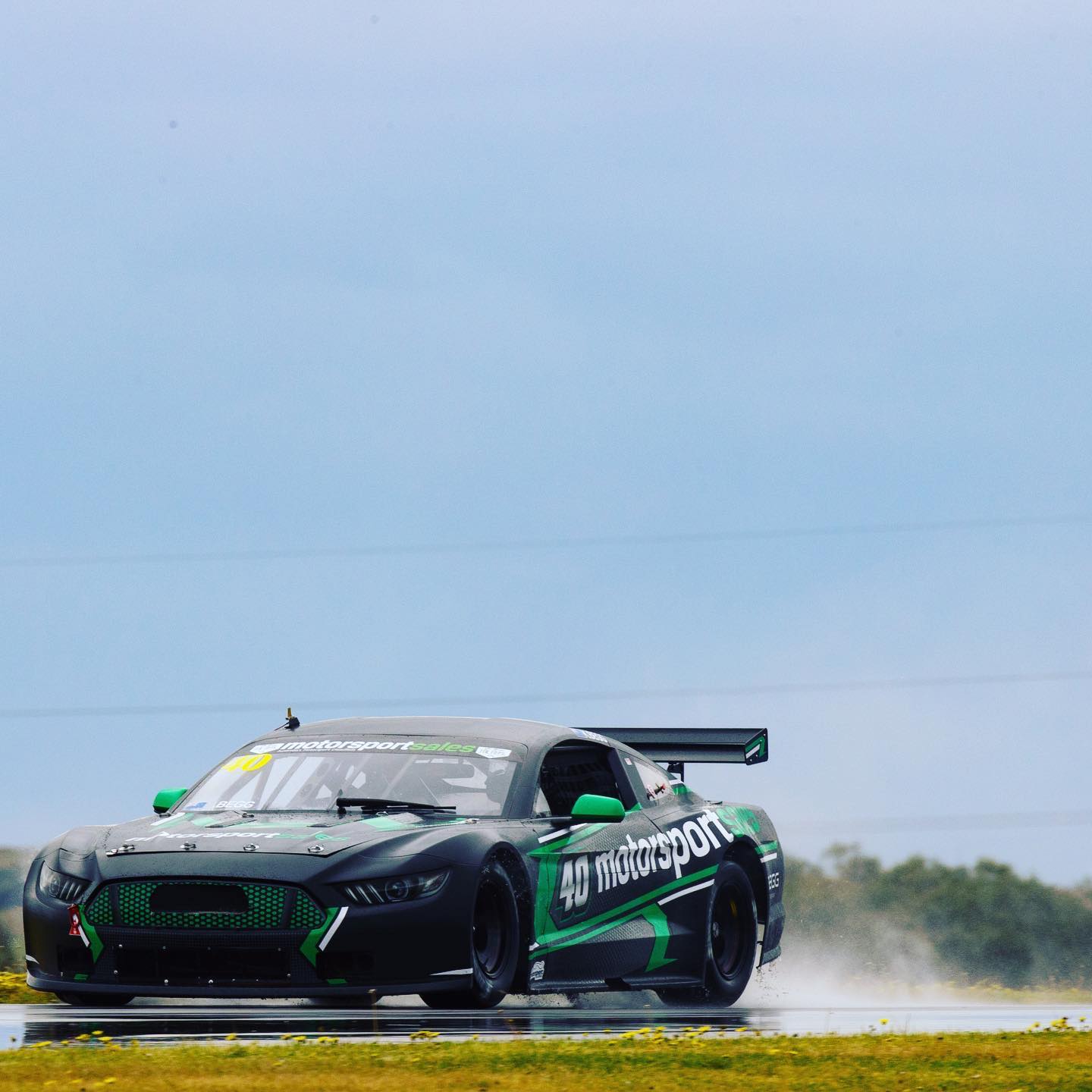 In qualifying, Begg struggled with a handling imbalance due to the damage and in Race 1, the steering rack failed.

A mammoth effort from the Begg Motorsport crew on Saturday night enabled the Motorsportsales.com.au Mustang to return to the circuit on Sunday, but further issues saw the car retiring from Races 2 and 3.

“It just wasn’t our weekend – it got off to a bad start in practice and it went downhill from there,” Begg said.

“The crew worked really hard to try and get the car right, but there was some residual damage from the practice crash that wasn’t easy to identify,” Begg said.

“We had hoped the steering rack failure in Race 1 was the worst of it, but there were some bad vibrations in Races 2 and 3. We’ll have a good look at it when we’re back at the workshop.”

While his weekend may not have gone according to plan, Begg was thrilled with the response to the second Aussie Tin Tops event and confirmed Motorsportsales.com.au will continue as the category sponsor for its next outing at next month’s Supercheap Auto Bathurst 1000.

“We’re really happy with our relationship with the Aussie Tin Tops class – it started strongly in Townsville and we continued the momentum to The Bend,” Begg said.

“We’re stoked with the coverage we’ve received – it has generated strong leads for our website and we’re receiving plenty of new classified listings.

“For the category to have the opportunity to appear on the program at the biggest and most famous event on the Australian motorsport calendar is an endorsement of the hard work Nathan Cayzer, Paul Morris and the management team have done; we can’t wait to go racing on the Mountain!”