Pro Class driver Christian Pancione was amongst the lead pack all weekend, and recorded results of third, fourth and fifth in the three races. His Race 1 and 2 performances were particularly impressive – he survived greasy conditions in the first race, and led much of the second race before a robust move from another competitor forced him off the circuit.

“Overall, it wasn’t a bad weekend, although I feel like Race 2 could have been a much better result,” Pancione said.

“The best thing is that we scored plenty of points, and solidified fourth place in the standings.”

“I was happy with my performances, especially in Race 3 where I stayed out of trouble, and didn’t make any mistakes,” McGregor said.

“I don’t mind if it’s completely dry or completely wet, but if we get a mixture of conditions – like we had in Race 1 – it makes it very tricky.”

Despite a challenging event with a puncture in Race 1 and a spin in Race 2, Andrew Goldie bounced back with a strong Class B win in Race 3, and stayed within 18 points of the class lead with one round remaining. 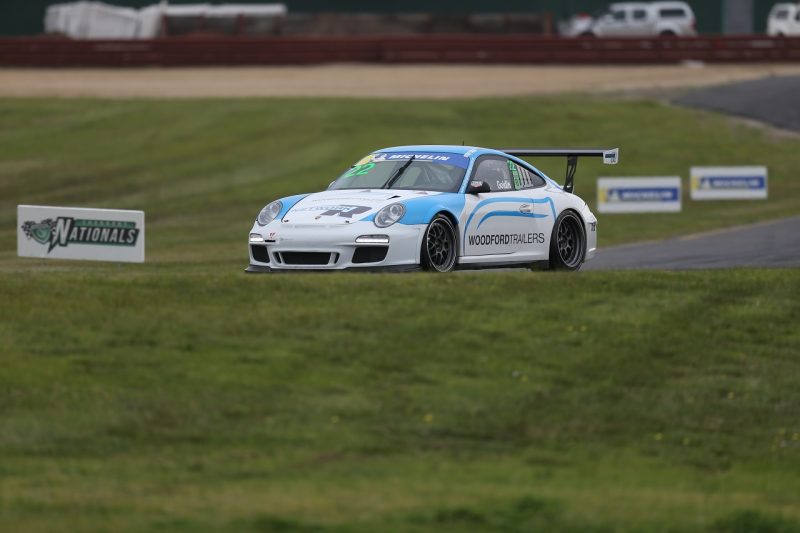 “It was a tough weekend, but we made some very productive changes which transformed the car in Race 3, and it was brilliant – I was able to push with a lot of confidence, and record some good lap times,” Goldie said.

“It was important to get the win in the final race, to ensure I’m still in the hunt for the title heading to the last round at The Bend.”

In his return to GT3 Cup, Danny Stutterd showed promising pace, finishing second in the Pro-Am Class in Race 1 and briefly taking the class lead in Race 2 before a tap from another competitor knocked him to the back of the field. Stutterd was an innocent victim in a first-corner incident in Race 3, necessitating some unscheduled pit stops to repair damage and relegating him to a seventh-place class finish. 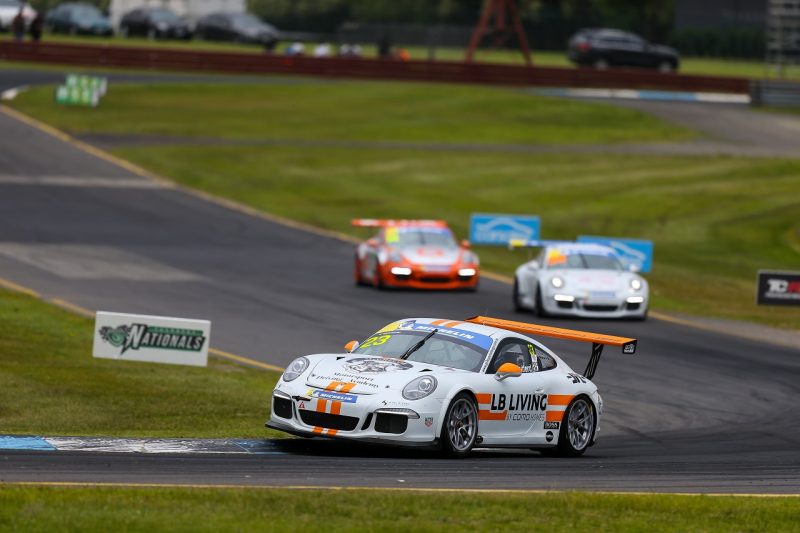 “We had good speed this weekend, which made it frustrating to be caught up in some dramas which weren’t my fault,” Stutterd said.

“In Race 3, I was hit from behind and then hit in the door – we made one pit stop to try and fix the damage and were able to stay on the lead lap behind the Safety Car, but then it got worse and we had to pit again.”

The final Porsche GT3 Cup round will be held at The Bend, 15-17 November.