A weekend of changing weather and track conditions has left GWR Australia drivers Duvashen and Indiran Padayachee with mixed emotions after a tightly-contested Round 5 of Porsche PAYCE Carrera Cup Australia at the Townsville’s Reid Park Street Circuit.

Duvashen made the most of a damp track and used tyres during Friday practice despite losing some time due to light rain showers and varying grip levels.

“We ran old tyres so it wasn’t indicative of our qualifying pace, but the team gained some very useful information to use for the races across the weekend”, Duvashen said after the second session.

After identifying areas to focus upon, Indiran made significant improvements in the second session.

“I’m really happy with my practice sessions considering I have been out of the car for over two months, and I haven’t been to Townsville since driving the old car here in 2014,” Indiran said.

Duvashen qualified 11th in the Pro Class while Indiran was 10th in Pro-Am; both drivers indicated the track lacked grip due to the lack of rubber laid down during Friday’s damp conditions.

“We got it into the top ten which was our aim so we definitely improved from qualifying,” he said.

Indiran improved his times by an entire second compared to qualifying.

“I had a really good start and passed another car, then when we got down to Turn 1 there was just so much going on, tyre smoke and cars spinning, so I just stayed out of it,” he said.

The longer-distance second race challenged both drivers with tyre conservation, and Duvashen was unlucky to be caught in traffic at the start, but he battled wheel-to-wheel with five-time Bathurst winner Steven Richards and finished 10th in class, while Indiran also finished 10th in his class after a consistent performance.

Indiran made up two places in Race 3, held in overcast conditions. 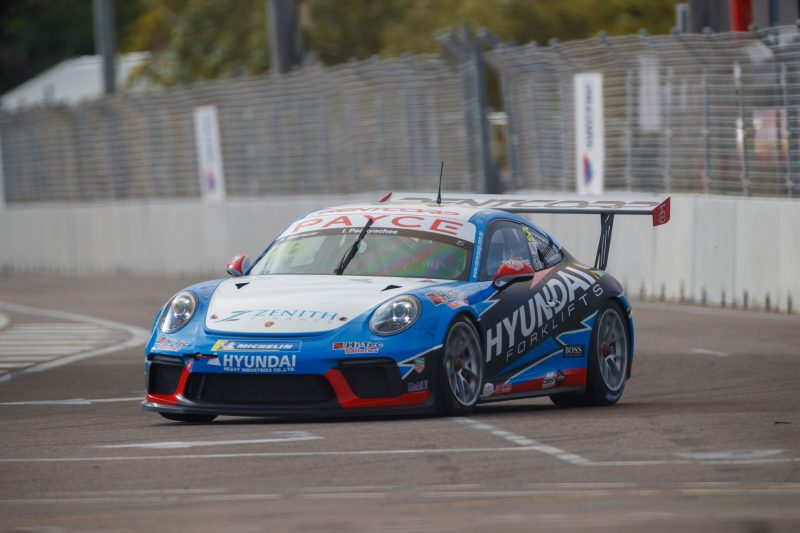 “It was good to get back on some newer tyres, I was able to string together some consistent lap times,” he said.

After again finishing 10th in the Pro Class, Duvashen provided his overall thoughts on the weekend.

“I know I should look at the positives, we do have a quick race car but I got caught up several times with Pro-Am drivers who have the advantage of ABS brakes,” he said.

“I think if I’d been able to qualify a little better and get away from the top Pro-Am drivers, I could have been fighting for a higher position.

“We have some work to do before the next round, but there has been progress so we’ll look to build upon that.”

The next Carrera Cup round will be held at The Bend Motorsport Park, 23-25 August. 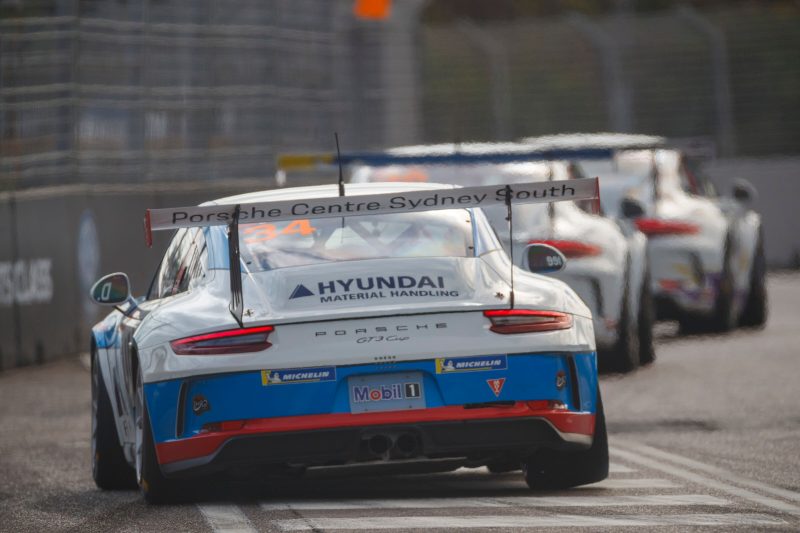