Jason Miller is excited to be making his racing return in Round 2 of the NSW Production Sports Car Championship at Wakefield Park tomorrow, aboard the Stokes Skis Australia Porsche 911 GT3 Cup car.

Like many other drivers, Miller has been on the sidelines since March as a result of the COVID-19 pandemic, which has caused the suspension of numerous race meetings.

This round of the series will be run over a single-day format, with qualifying and a pair of 30-minute races all being held tomorrow. Miller completed a practice day on Friday to reacquaint himself with the car. 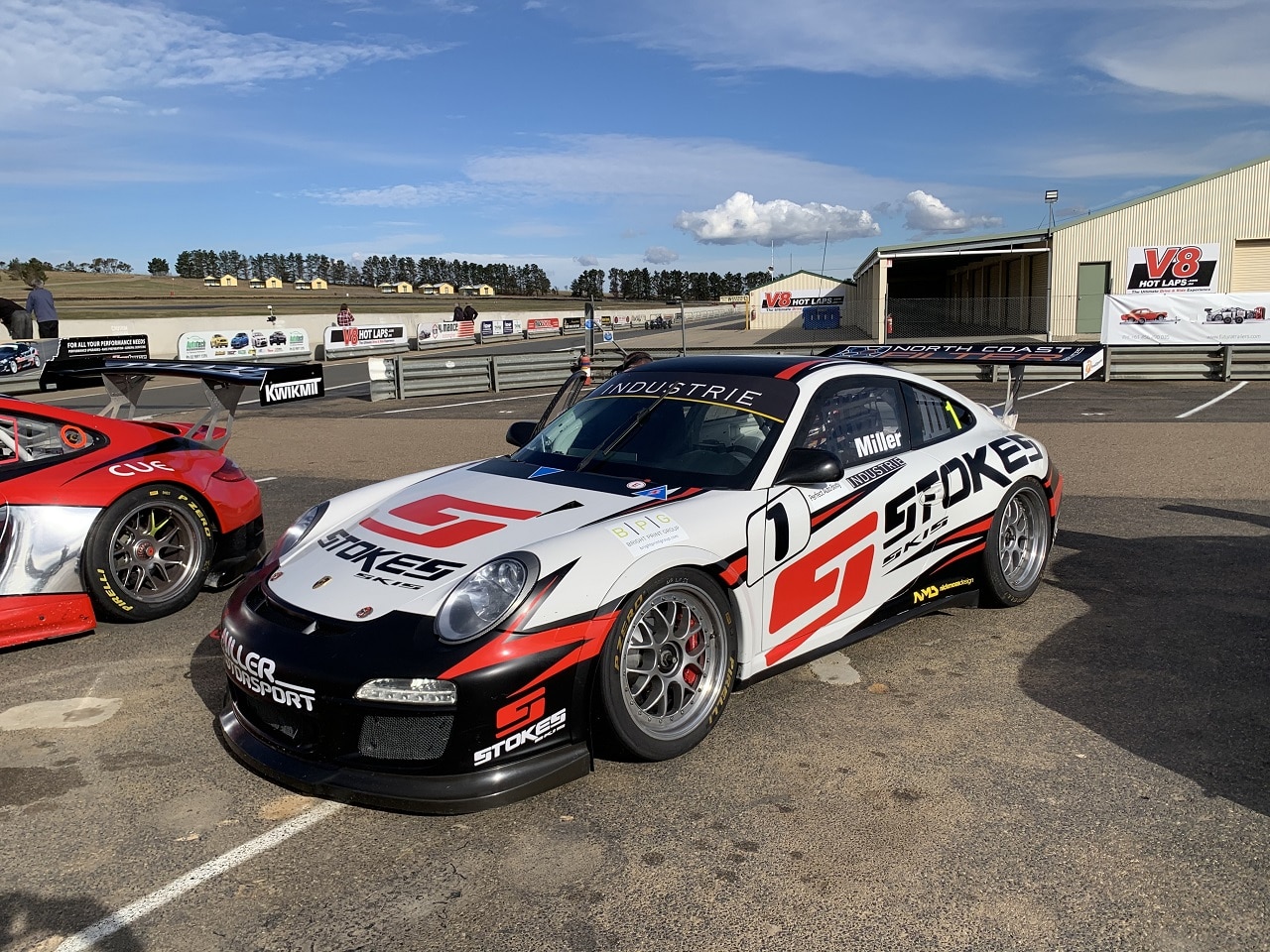 “I can’t wait to be back behind the wheel, it’s been too long,” Miller said.

“In Friday practice, it took a bit of time to get into the groove and set the car up how I like it, but we made some good progress over the course of the day and found a good balance in the afternoon.

“However, looking at the forecast, there’s the possibility of some rain tomorrow, which has the potential to mix up the results.”

While Miller won the title last year, a non-finish in the opening round of the series at Sydney Motorsport Park in March has compromised his title defence.

“The DNF we had at SMP was costly in terms of points, but it takes some of the pressure off for the rest of the year – I can just focus on winning races,” Miller said.

“The goal this weekend is to win Class A and hopefully take the fight up to some of the GT Class cars as well.”