Jason Miller has scored a pair of NSW Production Sports Class A victories in today’s pair of 30-minute races at Wakefield Park, highlighted by an enthralling battle in Race 2.

After qualifying fastest of the Class A cars for Race 1, Miller made a speedy start, jumping ahead of the GT Class Audi R8 of Nick Kelly off the line.

“I got a really good start, and I was able to stay ahead of Nick for a couple of laps,” Miller said.

“His car was a lot faster so he was able to get past eventually, but it was still satisfying to be in that position.

“By that stage, I had quite a healthy margin over the other Class A cars so I just managed the gap for the rest of the race.”

Miller had to work significantly harder for glory in Race 2. After qualifying third behind Porsche 991 drivers Sergio Pires and Marcel Zalloua, he again made a strong start and moved up to second behind Pires.

Miller and Zalloua both overtook Pires and the three cars ran nose-to-tail for lap after lap. A slight error from Miller allowed Zalloua to pass him at Turn 10, but Miller returned the favour on the second-last lap, sliding down the inside of Zalloua on the exit of the final corner and holding on to take the win. 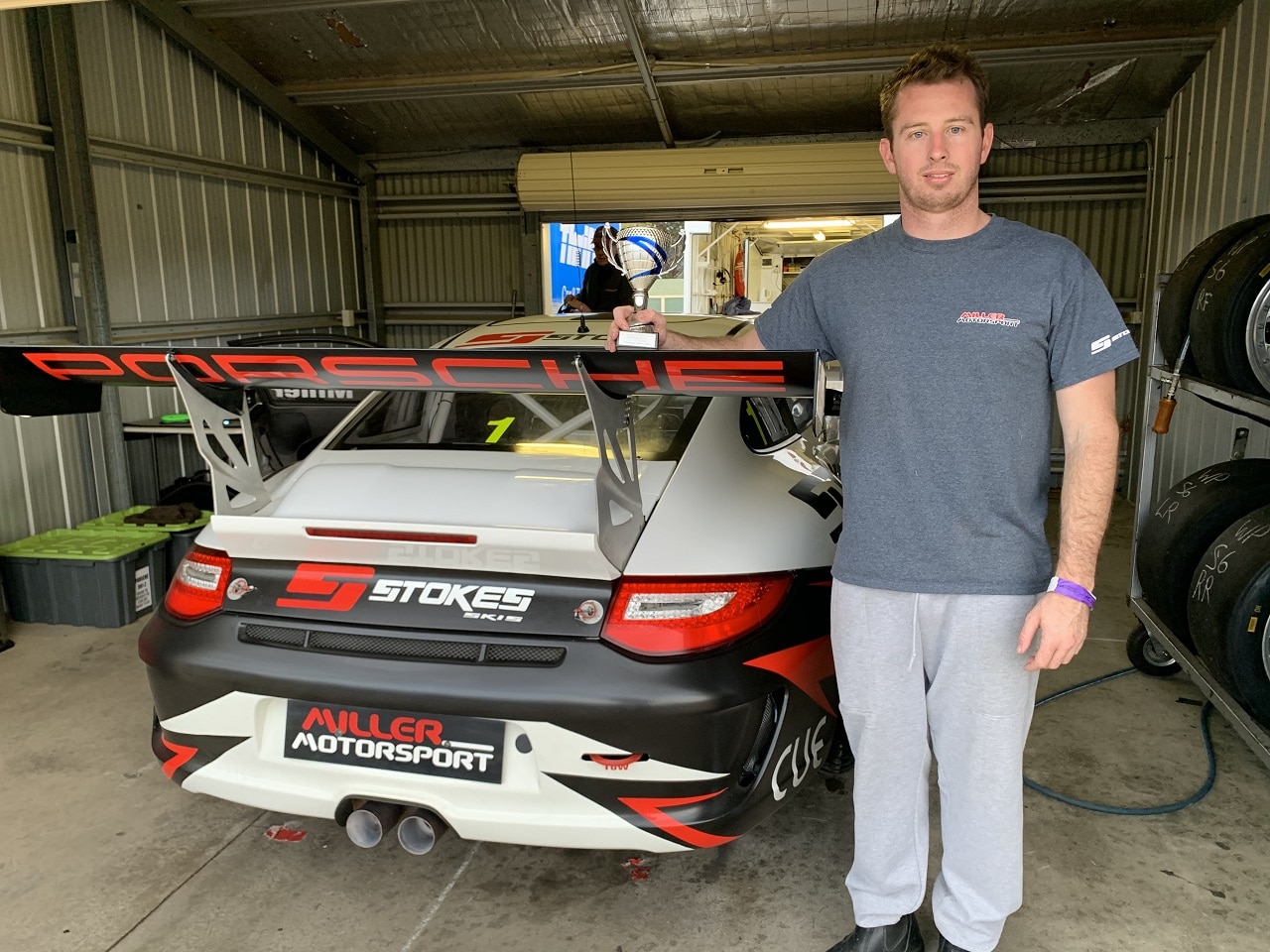 “That was just awesome, the best battle I’ve ever been involved in,” Miller said.

“All three of us were right on the limit and we all had strengths and weaknesses; Marcel and Sergio were both a bit stronger on the exits of the slower corners, but I was catching them under brakes.

“Marcel and I each made a slight mistake at Turn 10; fortunately, he made his mistake after me so I was the one who ended up winning!

“Congratulations to both Marcel and Sergio, they raced really tough but were also fair and clean; all three of us had an absolute blast!”

The next round of the NSW Production Sports Car Championship will be held at Sydney Motorsport Park on 2 August.