Stokes Skis Australia Porsche racers Jason Miller and Richard Baskus have finished the second round of the CUE Production Sports Endurance Super Series at Bathurst with the Class A win, bringing home the first-place trophy with a combination of strong speed and skilful driving in Sunday’s one-hour race.

As with Saturday’s race, Baskus was installed in the car for the opening stint, and slotted into a solid 18th position before a Safety Car was deployed on the opening lap.

When the race restarted, Baskus moved up to 17th place before another Safety Car was called. The majority of the field pitted, including Baskus who handed over to Jason Miller; he resumed the race in 20th position.

At the second restart, several cars tangled at the Cutting, but Miller’s quick reflexes ensured he not only avoided the incident, but also made up several places.

The race finished under Safety Car, Miller and Baskus sealing the Class A race win with 15th outright. 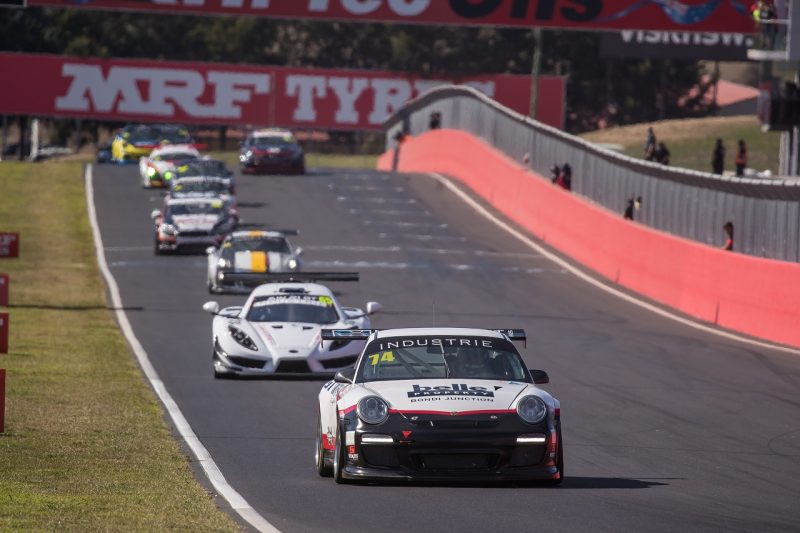 “Overall, it was an awesome weekend – any time you can have a class win it’s fantastic, but at Bathurst it’s even better,” Miller said.

“It’s a shame Richard and I weren’t able to complete more racing laps because of all the Safety Cars in Race 2, but our speed was strong and we both managed to avoid a couple of incidents involving other drivers – after the crash we had with the Evo in the Sydney Motorsport Park Australian Production Car Series round, staying out of trouble was high on our priority list.”

“Our workshop preparation made it an easy, trouble-free weekend at the track – both drivers were happy with the car in every session,” he said.

“Our data engineer Dave Kelly did his usual mega job – he worked with me on strategy and absolutely nailed it.

“Our mechanic Johno and tyre technician Dave worked hard all weekend and made life much easier for the drivers, so the result is a great reward for them as well.”

Miller and Baskus are planning to compete in some production car races in the repaired Mitsubishi Evo IX over the coming months, before returning to the Porsche for the next CUE Series round at Winton in October.