McGregor Back on Track After Phillip Island Crash

McGregor Back on Track After Phillip Island Crash

Porsche Michelin Sprint Challenge competitor Ross McGregor has recovered from a monumental crash in the opening round of the series at Phillip Island, and will return to the circuit for round two at Sydney Motorsport Park this weekend.

The Ashley Seward Motorsport driver was an innocent victim in a collision with two other cars at turn three, which saw his Porsche 911 carted into the wall at high speed.

McGregor said the crash was the biggest of his career.

“I’ve been fortunate in all my years racing that I haven’t had many major incidents, but that one was certainly the largest,” McGregor said.

“The circumstances were very unfortunate; I was in the wrong place at the wrong time and just ended up as collateral damage.

“Physically, I’ve recovered pretty well and the ASM crew have done a sensational job of repairing the car. It required a complete re-shell, so it’s basically like a new car.

“I’m looking forward to getting back on track at Sydney Motorsport Park this weekend and having some fun; I’m especially excited about the sessions under lights.”

Also competing for ASM in the PMSC round will be Terry Knowles, who impressed in his racing debut at Phillip Island. 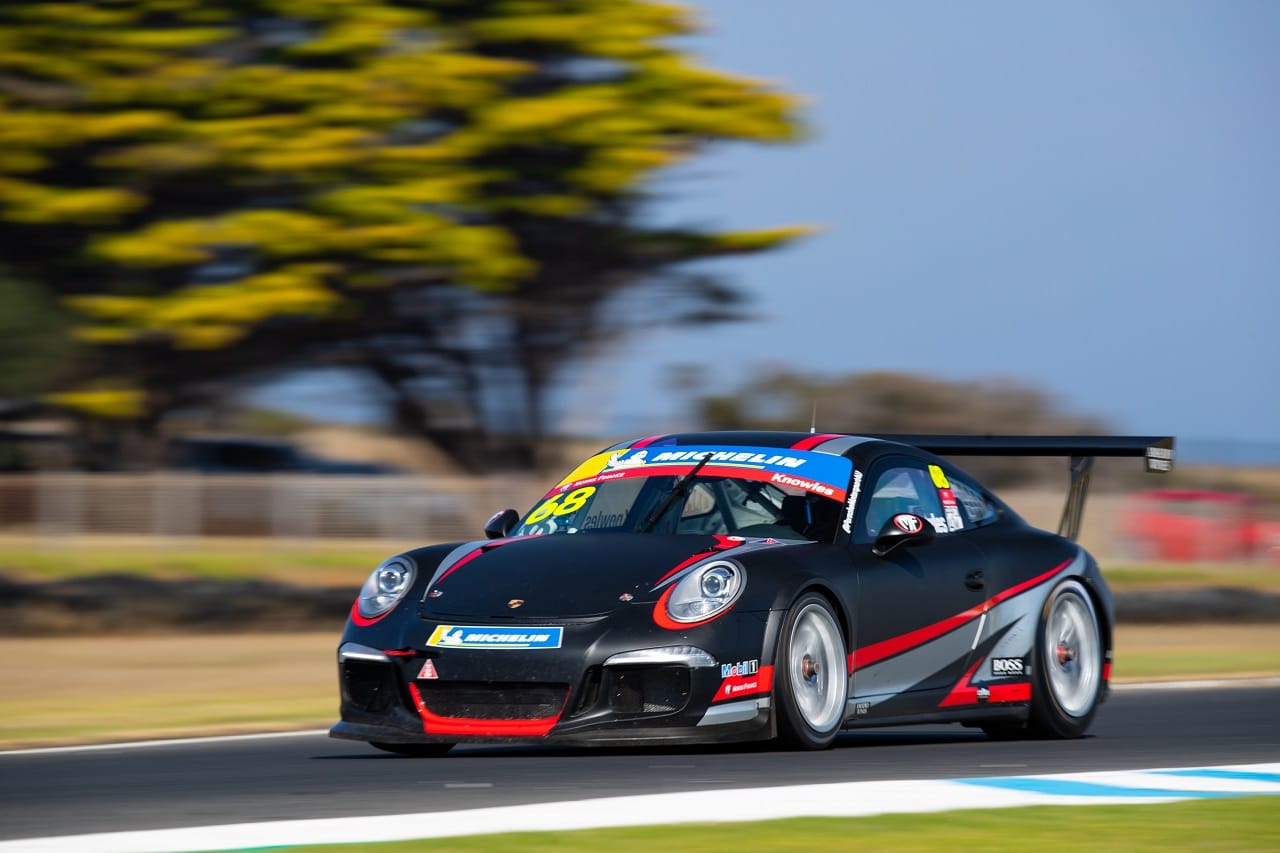 “I was like a kid in a candy store, I couldn’t stop smiling all weekend,” Knowles said of his maiden racing experience.

“Sitting on the grid for my first race was so surreal; hearing the sound of the revs rising in all the other cars and then launching off the line was an experience I’ll never forget.”

Knowles drew particular praise for his drive in the wet conditions at Phillip Island, where he out-performed several more experienced competitors.

“I’ve ridden motorcycles for years, and I think some of my bike experience helped me in the wet,” Knowles said.

“I’d like it to be dry at Sydney though. It’s still a massive learning curve for me, so I want to do some more laps in fine weather conditions and hopefully have some good battles with the other drivers.”

Unfortunately, ASM’s third regular PMSC driver, Perth-based Andrew Goldie, has been ruled out of the event due to NSW COVID-19 isolation requirements for West Australian travellers.