Ashley Seward Motorsport has secured the services of 16-year-old Jay Hanson for the 2020 TCR Australia Series.

Hanson had his first taste of the under two litre touring cars at Winton during the category’s driver evaluation day, sampling the O’Keeffe Alfa Romeo back in August.

“I can’t wait for season 2020 and some of the great racing that we’ve seen in TCR Australia.

“There’s going to be pressure on myself to at least finish in the top 10 for the year, but hopefully we can be in a position to get some podiums by the end of the year.”

With his 2020 deal locked away, Hanson will now complete another test at Winton on Wednesday (tomorrow) ahead of the second TCR Australia Series, kicking off with the non-championship Asia Pacific Cup at Albert Park as part of the Formula 1 Australian Grand Prix in March.

“It’s really exciting to have Jay join us for our TCR program in the Alfa Romeo,” Seward said.

“He did an exceptionally good job in Formula Ford, and we had an evaluation day and he did a great job in the car.

“The power to weight ratio of a Formula Ford to a TCR are very similar, so I reckon from what we’ve seen with him, there’s no reason why he can’t be challenging for podium finishes.”

Ashley Seward Motorsport’s other TCR drivers will be announced in the New Year. 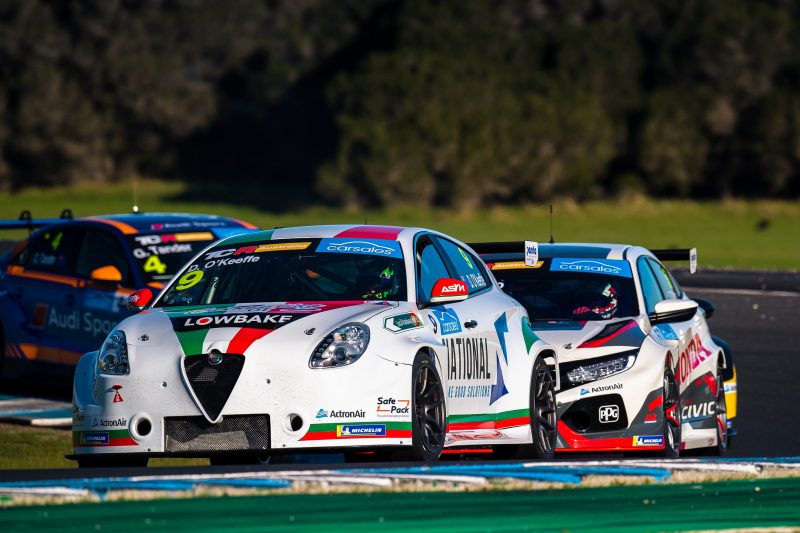