Ashley Seward Motorsport Alfa Romeo Giulietta driver Jay Hanson believes he is on the cusp of big results in the Supercheap Auto TCR Australia Series, ahead of this weekend’s third round at the Hi-Tec Oils Bathurst 6 Hour.

Hanson has produced some promising performances in the opening two rounds of the series. In the season opener in Tasmania, he qualified inside the top three and demonstrated front-running pace throughout the race meeting. While some misfortune affected his results at Phillip Island, he salvaged his weekend with a storming drive from the rear of the field to eighth in the final race.

“The pace is definitely there and I’m really enjoying driving the car,” Hanson said.

“There have been a couple of little things that have prevented us finishing on the podium in the first two rounds, but the performance of the car is very encouraging and I think Bathurst will suit it well.”

Hanson is looking forward to tackling the hallowed turf of Mount Panorama this weekend.

“I’ve been fortunate enough to do some laps of the Mountain at Challenge Bathurst the last couple of years, but this will be my first time racing there – I can’t wait!”

While Hanson might be a newcomer to the Mountain, his team-mate Lee Holdsworth has a wealth of experience at the venue, having competed in the Bathurst 1000 no less than 17 times. He finished on the outright podium in 2009 and was the provisional fastest qualifier last year. 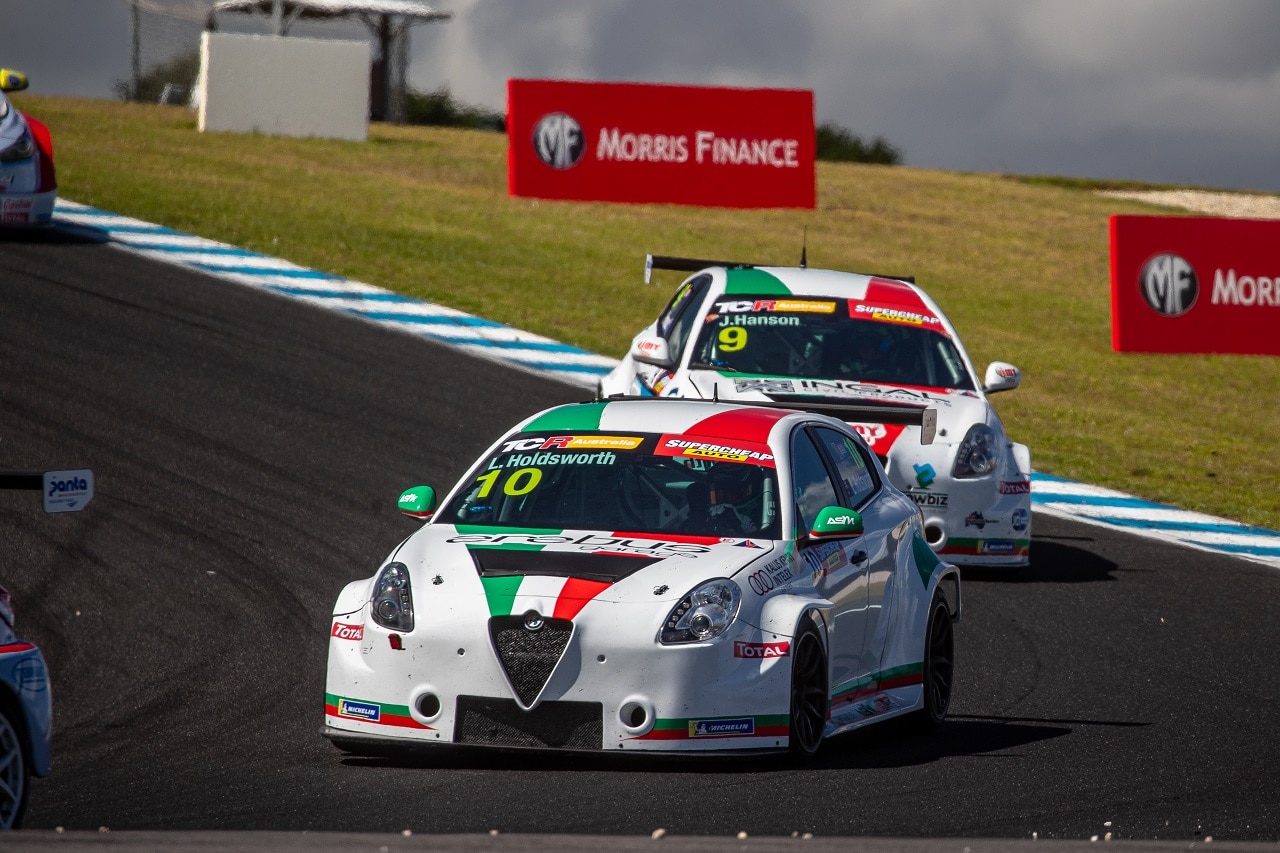 Interestingly, Mount Panorama is also the venue of Holdsworth’s only pre-TCR outing in a front-wheel-drive race car; in the 2009 Bathurst 12 Hour, he competed alongside his brother Brett, father Glen and Taz Douglas in a Holden Astra Diesel.

“We had the speed at Phillip Island but as so often happens in Motorsport, one mistake lead to another and the weekend fell apart so we really need to ensure we cross the t’s and dot the i’s at Bathurst,” said Holdsworth.

“Having just the one qualifying session for the weekend plays such a huge role in how your weekend turns out and being fast across one lap is really crucial so maximising our pace for that session will be a priority.”

“It’s a real drivers track, I’m expecting a lot of the experienced runners to be up the front and hopefully we can have some good battles.”

Round three of TCR Australia commences with two practice sessions on Friday, 2 April followed by qualifying, races one and two on Saturday, 3 April and race three on Sunday, 4 April.