An excited Jay Hanson has made his return to driver’s seat of the Ashley Seward Motorsport Alfa Romeo Guilietta TCR car, completing a two-day test at Winton Motor Raceway on Tuesday and Wednesday.

Like a lot of motorsport competitors, Hanson’s opportunities to turn laps have been severely limited by the COVID-19 pandemic, and the 17-year-old said he was thrilled to be back behind the wheel.

“It was good to be back on track and very useful for the ASM team and me to have so much track time,” Hanson said.

“We did a lot of running on both Tuesday and Wednesday and we were able to complete close to 200 laps in total.

“On Tuesday, the main objective was for me to dial myself back into the car and for the team to rehearse procedures.

“We worked through some setup changes on Wednesday, put some new tyres on and we set some fast lap times.

“Overall, we had a very productive couple of days – Ash was awesome to work with and we gained some really good knowledge.” 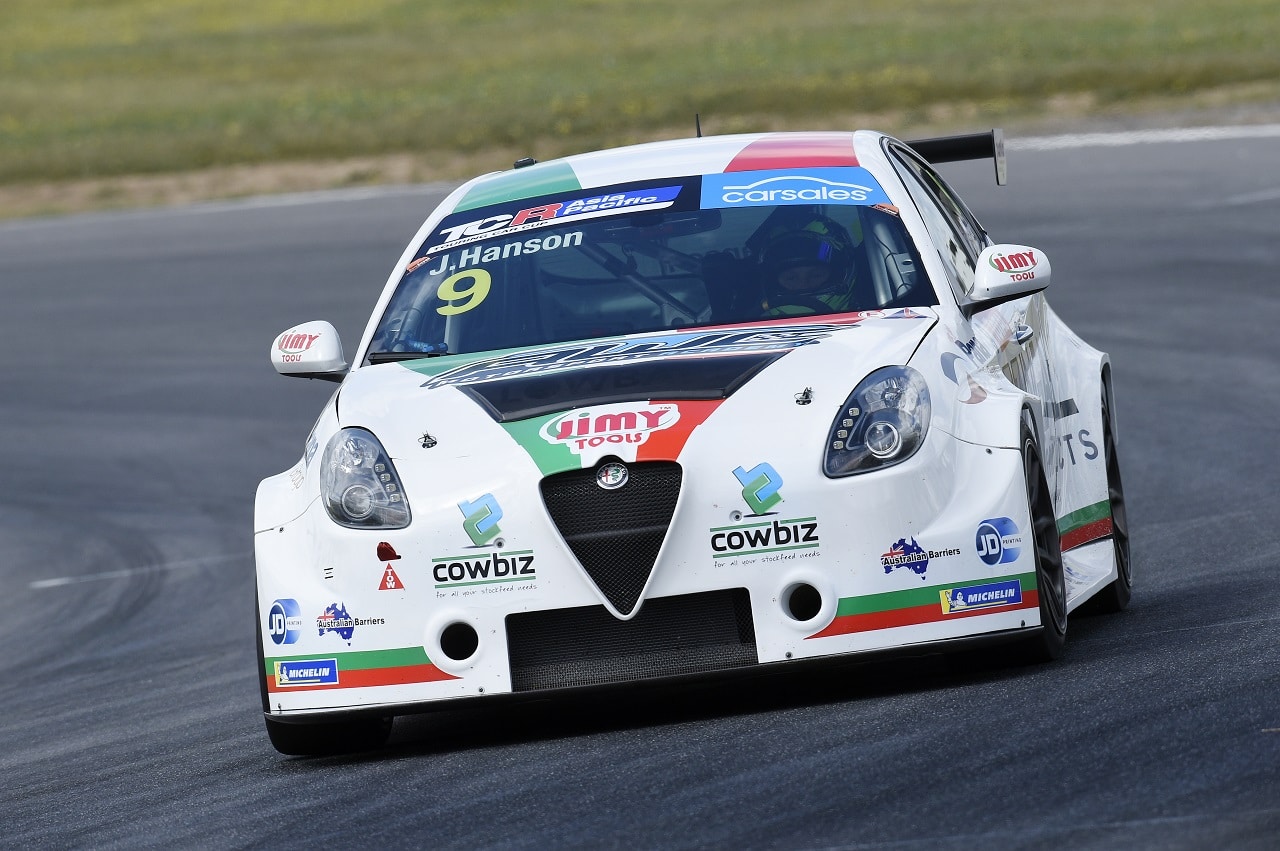 Team owner Ash Seward said the two-day test achieved some important outcomes for both Jay and the team.

“We wanted to give Jay some seat time so that when the season finally resumes, he’s as familiar with the TCR car as he can be,” Seward said.

“He did a great job at the test, he was recording competitive times straight away and he was providing us with some useful feedback.

“From a team perspective, having so much time on the track allowed us to experiment with some setup adjustments and understand how they affect the car’s handling.”

With the 2020 TCR calendar having undergone several adjustments, the next round of the series is likely to take place at the Bathurst International on 12-15 November.

“There’s a strong possibility my first actual race in the TCR car will be at Bathurst, which will be interesting!” Hanson said.

“Fortunately, I did some laps there in a Hyundai Excel at Challenge Bathurst last year and this week’s test has given me a lot of confidence with the TCR car, so we’ll be able to put our best foot forward on the Mountain.”