The GWR Australia/Hobson Motorsport Nissan GT-R has finished the 2020 Liqui Moly Bathurst 12 Hour fifth in the Silver Cup Class, and 21st outright, after what team owner Garth Walden described as a demonstration of the crew’s never-say-die attitude.

Starting 31st on the grid after battling a series of niggling brake issues throughout practice and qualifying, drivers Walden, Brett Hobson and Kurt Kostecki made steady progress in the early stages of the race, despite Hobson sustaining minor damage during a brush with another car on the opening lap.

“I tried to give everyone room, but another car chopped across the front of me at the Cutting and I had nowhere to go; it damaged the dive planes and we lost a lap during our first pit stop while we tried to fix it,” Hobson said.

Later in the race, a fuel leak saw the Nissan garaged for several laps while the problem was resolved, but the committed crew resolved the issue and the car returned to the track, circulating consistently for the last few hours of the race.

Walden said the final result was commendable given the calibre of competition in the event.

“This year, the 12 Hour had arguably the most competitive field we’ve ever seen, attracting many of the best GT drivers from around the world,” he said.

“The attrition rate was very high and a lot of cars didn’t finish today – some didn’t even start – so to make it to the chequered flag was an achievement.

“We faced our fair share of challenges in the lead-up and during the event, but the boys never gave up and maintained their enthusiasm all the way to the end – it was a huge job from them to keep the car on track.” 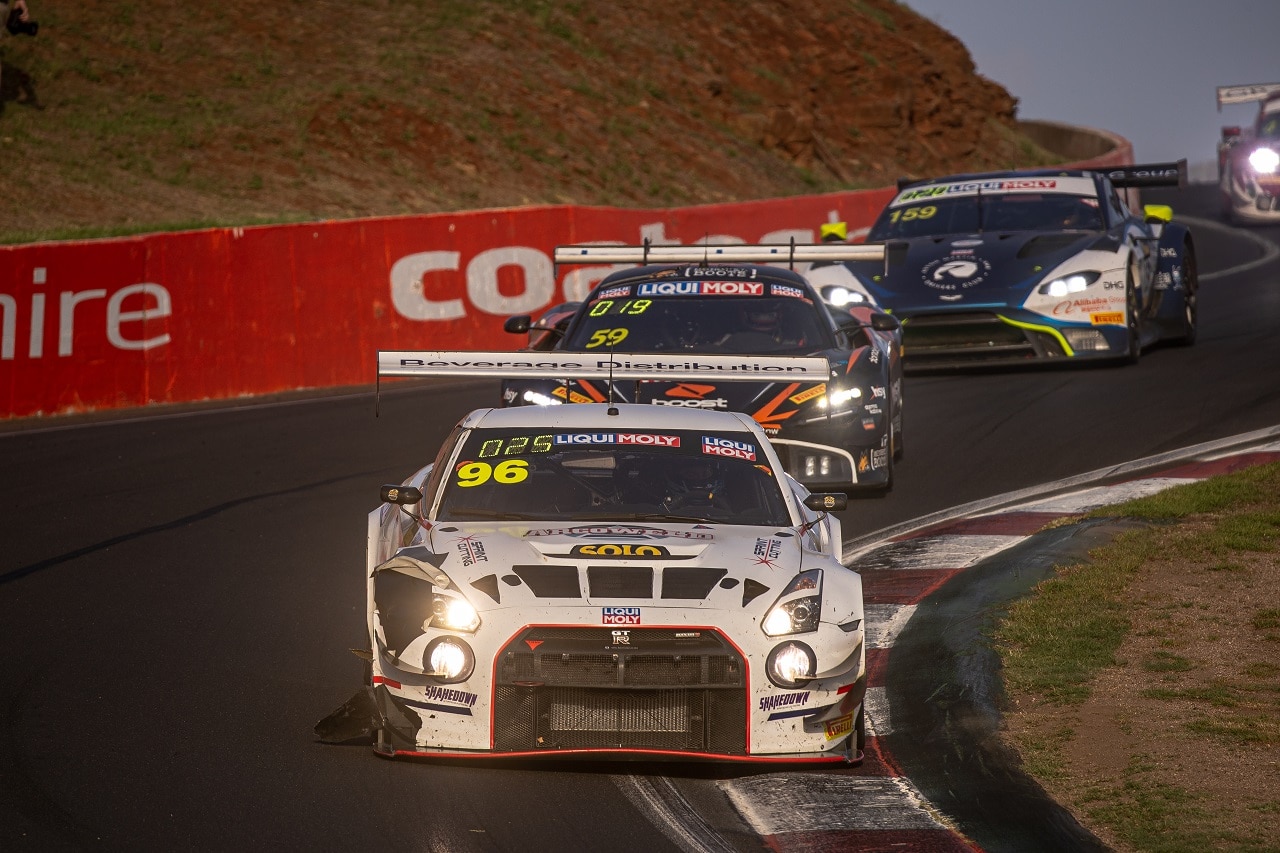 For Kostecki – competing in his first GT race after spending time in the Super2 Series – the 12 Hour was a memorable experience.

“My nerves were pretty high coming into the weekend, because it was a very big event for me to have my first race in a GT car, so I’m stoked just to finish,” Kostecki said.

“The car was exciting to drive and it was a lot of fun working with the GWR team.”

GWR’s program for the remainder of 2020 will again include Carrera Cup, Porsche Michelin Sprint Challenge, Radical Australia Cup and an assortment of state and national-level production car events, with drivers to be announced in the coming weeks.