If you’re like me and you’ve started exploring the Aussie sim racing scene after being brought up on a healthy diet of real-life racing, chances are you’re slightly overwhelmed and confused by the plethora of online series, spanning everything from casual sessions for friends all the way through to high-profile international competitions rich in prizemoney.

Recently-created series exclusively for real-life drivers, such as the BP Supercars All Stars eSeries and ARG eSports Cup have attracted widespread attention among motorsport enthusiasts, and many people have become curious about the wider sim racing arena. Who are the best Aussie sim racers, and what is the progression pathway if you want to go from a casual weekend sim warrior to a top-level international sim superstar, like Josh Rogers? This article aims to answer those questions.

Unlike real-life (hereby abbreviated to “IRL” – in real life) state or national-level motorsport categories, which generally consist of a series spanning between five and 15 events held over the course of a calendar year, sim racing competitions – especially those at a domestic level – generally feature far more frequent events; one per week is the norm. This is possible because the types of constraints that apply to IRL motorsport, such as budget limitations, circuit availability, and transport logistics do not come into play in the virtual arena.

These same elements also mean entry numbers for sim racing competitions tend to be much higher than IRL events; 30 cars is considered to be at the smaller end of the scale for sim races, 40-50 cars is around average and the higher-profile events invariably attract well over 100 competitors.

In fact, time is really the only limitation as to the amount of series you can compete in, with dedicated sim racers typically participating in several events every week across multiple categories.

One more note – all the series described below are conducted with the iRacing software. Indeed, there are other platforms such as rFactor, Assetto Corsa and Project Cars, but iRacing has become the “go-to” platform for online competitions and the iRacing platform also lends itself to the best live-stream broadcasts of races.

Also, in this particular article, I’ve concentrated on circuit racing. The disciplines of speedway/oval and rally will receive their own separate analysis soon.

So, let’s dive into the maze that is Aussie sim racing!

IRL, there are three tiers of Supercars racing but in the sim racing world, you can be behind the wheel of a Holden ZB Commodore or Ford Mustang several times a week, if you so desire.

At the top of the tree is the V8 Supercars Online Premier Series (V8SCOPS). This is the pinnacle of Supercars racing in Australia, and its past champions have included drivers who have gone onto international stardom, such as Jarrad Filsell.

Unlike many other sim series, V8SCOPS consists of just the one season per calendar year, conducted over 15 events. Like the IRL Supercars Championship, it includes twin-driver endurance races, one of which is the virtual version of Australia’s Great Race, the Bathurst 1000.

The prestige of V8SCOPS means it attracts large numbers of entries, so prior to each round there are three days of pre-qualifying. The top 80 drivers from pre-qualifying progress to the round, with the drivers ranked from 41-80 competing in a “B race” – the winner of this is granted entry into the main race(s), along with the top 40 pre-qualifiers.

While V8SCOPS is at the top of the Supercars tree, there is also the official iRacing Supercars Championship, which consists of weekly Monday night races; each iRacing Supercars season lasts 12 weeks, with a one-week break in between each season.

There are also the Wednesday night Oceanic Sim Racing Supercars Series, Friday night Australian Online Supercars Series and for those with less experience, the Tuesday night Oceanic Sim Racing Supercars Development Series – this series features a locked setup (so drivers can’t tune their cars) and is restricted to drivers with a lower iRating (the driver rating system used across the iRacing platform).

So, it’s fair to say that if you want to race Supercars, you have plenty of choice! 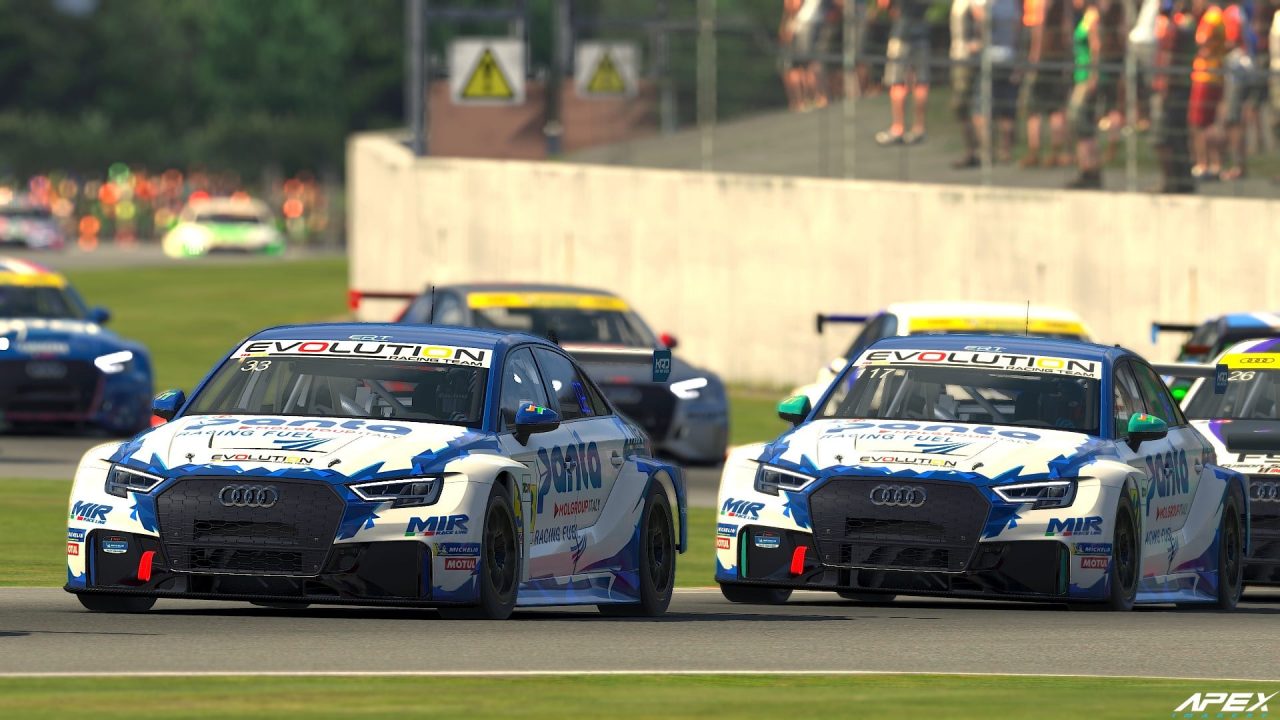 The growth of TCR as a national category has translated to the virtual scene, in the form of the Australian Turbo Touring Car iRacing Series (ATTC) which started this year.

The series uses the sole TCR car represented in the iRacing platform – the Audi RS3 LMS. ATTC racers are held on Wednesday nights and each season is held over six rounds, with each round consisting of two qualifying sessions and two races.

The ATTC is providing a valuable opportunity for talented Aussie sim racers to demonstrate their abilities to transition from rear-wheel-drive to front-wheel-drive, with young gun Cooper Webster recently wrapping up Season 2.

Of course, there are those who enjoy the exotic badges, immense aerodynamic performance and prodigious grip of GT-spec racing machines.

At the moment, the top-level GT competition in sim racing land is the Aussie Mixed and Fixed Series, which consists of a mixture of sprint and endurance races, held weekly on Sunday nights. 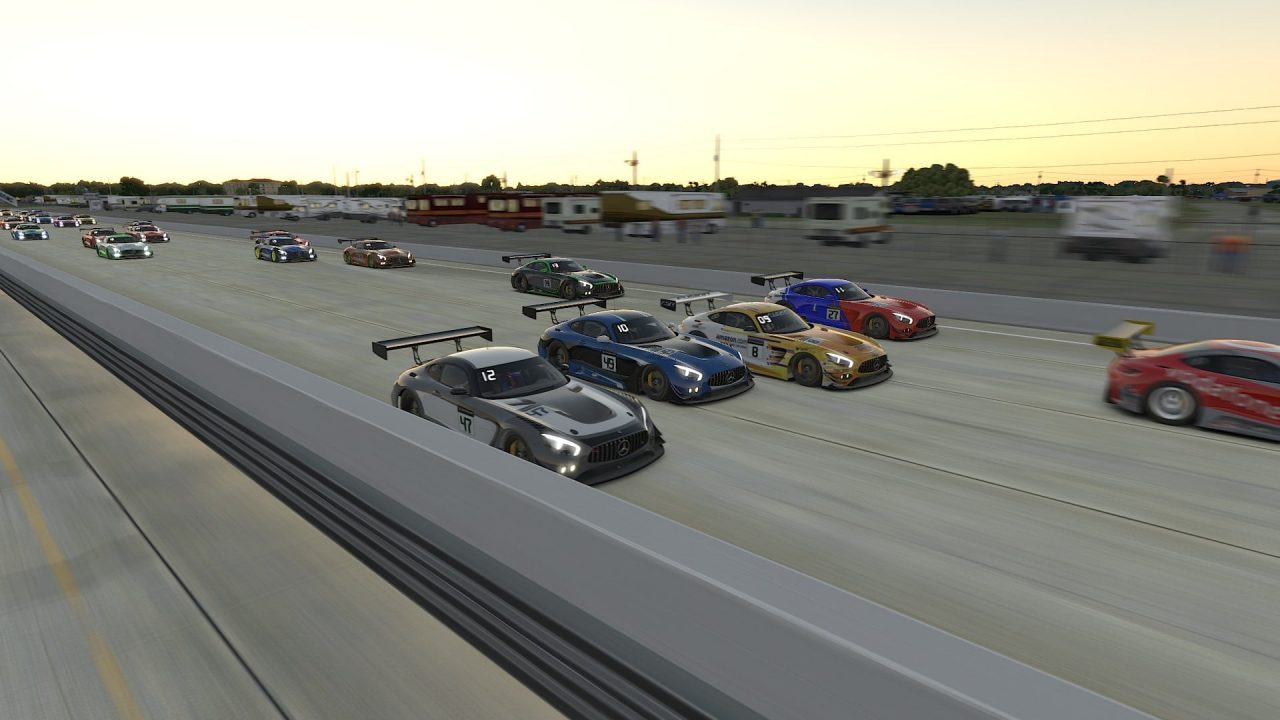 Outside of these series, there are many other one-off events that have proven very popular among sim racers.

The highest-profile of these has been the “Just Send It” series, a 40-minute race held every Tuesday night, with a different car and track combination each week.

There is no official pointscore for the Just Send It Series – the emphasis is on maximum enjoyment for the competitors, while also allowing dedicated sim racers to compete wheel-to-wheel with some of the top Australian IRL drivers (JSI races typically attract at least a couple of Supercar or high-level international drivers each week).

Other one-off events include the Panorama Driver’s Club races (monthly, multi-class races at Bathurst aimed at recreational sim racers) and also the “Maxx Bantz” races – actually, the term “races” is hardly an accurate description for these quirky events, which feature a range of weird and whacky formats such as seeing who can make a tank of fuel last the longest, or a musical chairs-style contest where the last driver to comply with a certain instruction gets eliminated. 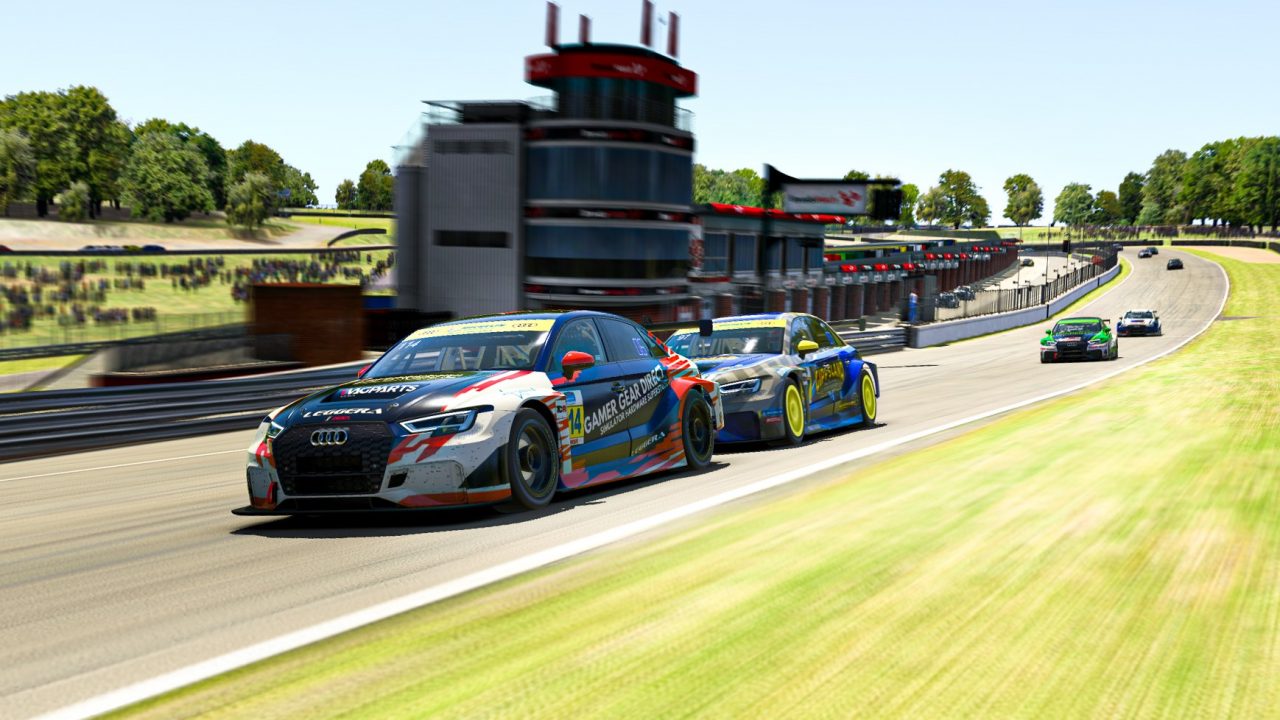 In addition to the above series and events, the COVID-19 pandemic has seen the creation of numerous series based on real-life categories. The highest-profile of these are the Supercars and ARG Series, while Porsche has recently announced an Australian eSeries for Carrera Cup and Michelin Sprint Challenge competitors. Other series recently coming into existence include: 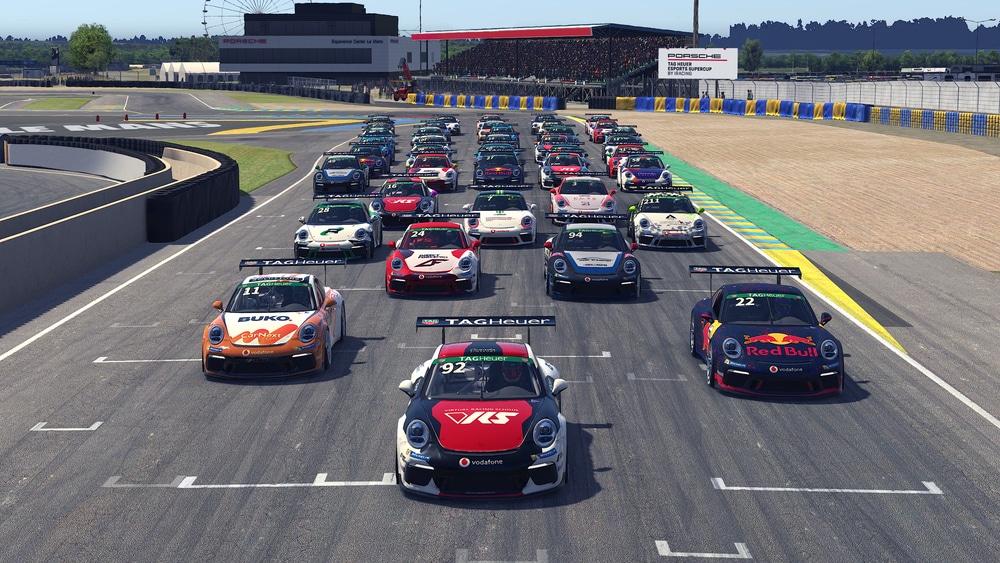 Like IRL motorsport, there will always be a select group of outstanding competitors who aspire to forge a professional career… and in sim racing, that means competing on the international stage.

The top-level competition in international sim circuit racing is the Porsche TAG Heuer eSports Supercup, which has a prize pool of US$200,000.

Last year’s champion was an Aussie – Josh Rogers, who is regarded as one of the world’s best sim racers. This year, Rogers will be joined by three other representatives from downunder – Jarrad Filsell, Josh Anderson and Dayne Warren.