Dean Cook has scored another podium in the Porsche Carrera Cup TAG Heuer Pro-Am Series, with third overall after an intense weekend of racing in Round 5 of the series at the Townsville 400 this weekend.

Cook qualified sixth in class, before recording results of sixth, fifth and second in the three races, and was elevated to third overall after a post-race penalty for another competitor in Race 3.

“I Got off to a slow start this weekend, but I built up to it like I usually do,” Cook said.

“Overall we had a clean weekend, the car had good speed and I’m happy to be on the podium again. The first two laps of the last race were pretty tricky, there were cars spinning everywhere but I got through it and picked up some handy positions.”

In his second round aboard the current-spec Porsche Cup car, Scott Taylor was happy with his improvements over the weekend which saw him finishing eighth in the Pro-Am Class. 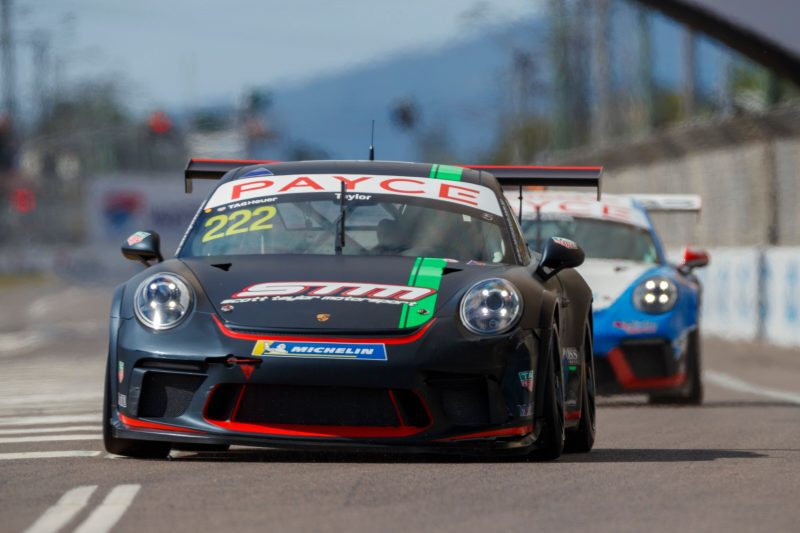 “I love this, I had a ball, everything that I want out of racing I got this weekend,” Taylor said after Race 3.

“I got faster, I understand the car better and the only damage to the car is as a result of other drivers, I had a clean race myself so that’s always a good sign.

“I still need to work on not driving it like a GT3 car – in Race 3, I defaulted to the GT style of racing which doesn’t quite work, especially with the braking.

“I learned a lot about the car and about my driving so I can take that away to wherever I race next. The car was mega, and the team did a great job all weekend.”

The next Carrera Cup round will be held at The Bend Motorsport Park, 23-25 August.