What a difference 12 months makes.

This time last year, we examined the drivers with the potential to crack a full-time drive in the Virgin Australia Supercars Championship, but predicted it would be difficult for them due to a likely shortage of available seats.

However, with Jason Bright, Todd Kelly, James Moffat, Dale Wood and Alex Rullo all exiting the series on a full-time basis, and RECs being shuffled between LDM, Prodrive, Bright and new entrant Matt Stone Racing, five of the rookies knocking on the door suddenly found it wide open. In a moment of self-indulgence, may I remind everyone that four of those drivers (Richie Stanaway, Todd Hazelwood, Jack Le Brocq and Anton De Pasquale) were at the top of my 2017 list, and the other (James Golding) was an honourable mention (you can read the article here).

While it’s unlikely there will be the same wholesale exchange of drivers at the end of this season, Craig Lowndes’ now-confirmed retirement means there will be at least one seat open for a new driver to join the category (even if Lowndes’ actual seat is filled by an existing Supercars driver, the flow-on effect will free up a drive at another team). So let’s look at the hopeful candidates lining up for their shot at the big-time.

This time last year, I wrote that Jacobson’s stocks had copped a hammering after a less-than-successful defence of his 2016 Dunlop Series crown. But his reputation was boosted with a solid Pirtek Enduro Cup campaign alongside Jason Bright, and this year in Super2 he has produced some impressive performances aboard the Matthew White Racing Nissan Altima. He’d be a lot closer to the championship lead if not for some bad luck at Symmons Plains.

Some more Super2 race wins would no doubt enhance Jacobson’s bid for a full-time drive in 2019, as would another strong showing in the endurance races, where he will team up with Rick Kelly.

If, as rumoured, a seat becomes free at the Kelly Racing squad because Simona De Silvestro goes elsewhere, Jacobson is setting himself up for it nicely.

Verdict: Has bounced back solidly from a tough 2017, and is now looking like a driver who’s ready for full-time Supercars competition. 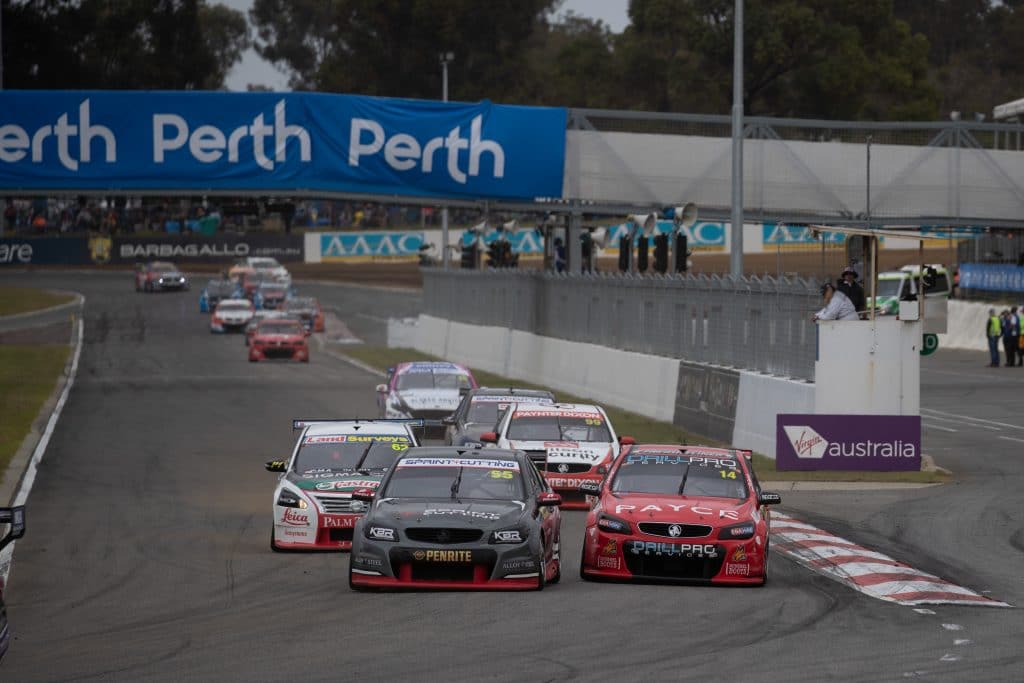 Since his first full Dunlop Series season in 2015, Kurt Kostecki has been a steady improver. From being outside the top 10 in his first couple of seasons, to finishing eighth overall last year, the elder of Kostecki brothers has taken another stride forward in 2018, finishing on the podium at Adelaide and running fourth in the standings at the season’s half-way mark.

While yet to compete as an endurance co-driver, Kostecki has three main-game event starts to his credit, including Townsville and Ipswich in 2016, when he subbed for the injured Lee Holdsworth. More recently, he ran as a wildcard entry in the weekend’s Queensland Raceway event, driving for his own Kostecki Brothers Racing operation.

The KBR outfit has indicated a desire to step up to the main-game as a full-time operation, and that presents Kostecki’s most logical pathway into a permanent seat, in a similar vein to Todd Hazelwood with Matt Stone Racing – whether it happens in 2019 probably comes down to the availability of an REC for his team to secure a place on the grid.

Kostecki is well-backed, has been nurtured by family support, and has worked in an environment that will have instilled him with an industrious work ethic and insatiable appetite for success (working as a mechanic at Triple 8). But he’s still yet to break through for a DVS race victory.

Verdict: Has demonstrated a solid improvement curve and is equipped with the right resources to progress, but needs some DVS race wins to strengthen his case for a main game drive. 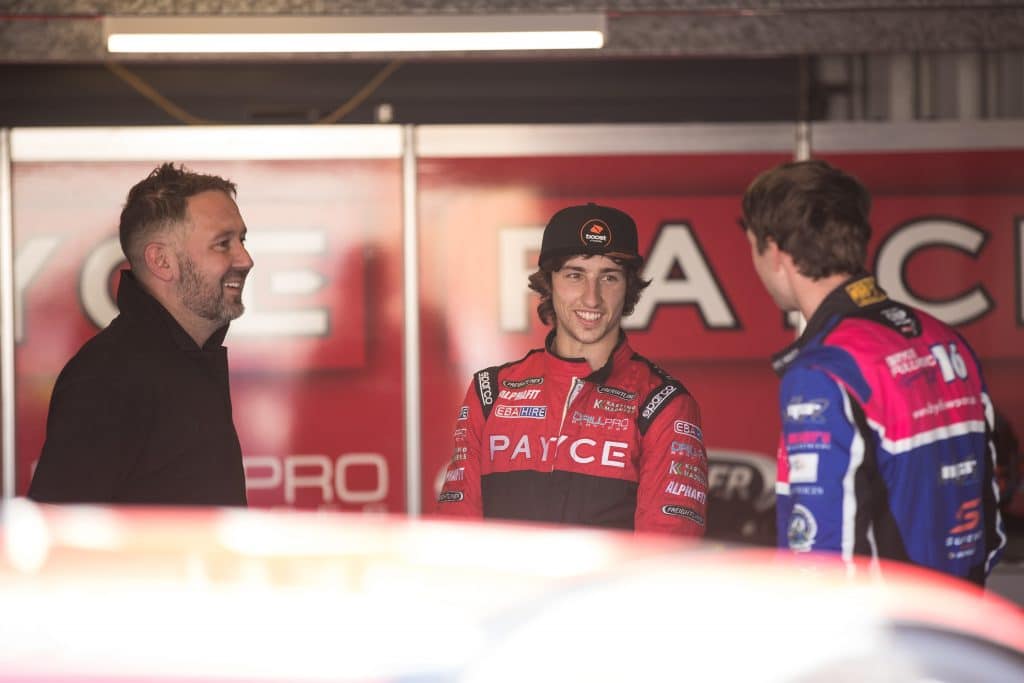 Having a family that owns a Supercar team can be seen as a double-edged sword. While it potentially creates an easier pathway to a career at the top level of the sport, it also invites cynical observations that the only reason certain opportunities exist is because of the family connection.

Macauley Jones is doing his absolute best to silence the cynics. Now into his fourth full season in DVS, Jones’ recent results are an indication that he has what it takes – while he’s seventh in the series, he would be significantly higher up the leaderboard without back-to-back damper failures in Townsville when he was on target to dominate both races.

2018 will mark Jones’ fourth season as an endurance driver, and he’s participated in some main-game events as a wild card entry. While his cousin Andrew drove for some other teams (Garry Rogers and Tasman Motorsport) before returning to BJR, it seems likely Macauley’s promotion to the main game depends on the availability (and commercial viability) of a seat within the family fold.

Verdict: Recent demonstrations of front-running DVS speed combined with family connection make it a case of when, not if, Brad Jones’ son races in the main game.

The career progression was going so well for Will Brown – after winning both the Toyota 86 Series and Formula 4 Championship in 2016 (and only missing out on the Australian Formula Ford title due to a date clash), Brown earned himself a promotion to DVS last year, driving for the gun Eggleston Motorsport outfit where he staged a fine debut campaign.

However, his sophomore season has been somewhat less impressive, with qualifying speed a particular bugbear. Nevertheless, there has been enough evidence of his talent for Erebus Motorsport to sign him for the 2018 endurance races, where he’ll be partnering Anton De Pasquale.

There’s no doubting Brown has raw ability, but this year’s DVS struggles are a sign that there’s still some refining to be done, whether that’s providing better technical feedback to arrive at a setup that meets his driving style, or adapting his technique to suit the car he has underneath him.

Verdict: Has plenty of natural talent, but isn’t quite the finished article; a 2019 main game seat is unlikely. Continued improvement in DVS combined with strong endurance performances will enhance his prospects for 2020. 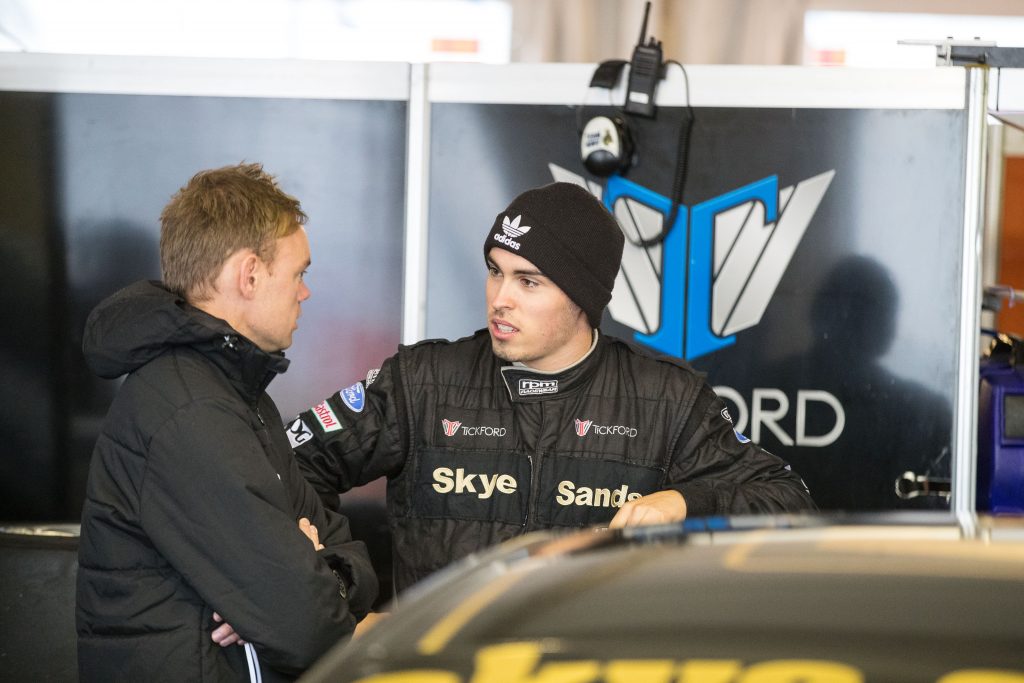 He may be outside the top 10 in the series standings, but in terms of pure ability, Thomas Randle is rapidly establishing himself as one of the most exciting prospects in DVS.

Scoring a pole position and finishing third overall at Barbagallo – just his third round in the category – was a standout moment, and he backed it up with another front-row qualifying effort in Townsville.

In the races, there have been some moments where we’ve been reminded that Randle is a relative newcomer to these cars, and still learning some of the finer idiosyncrasies. But there’s no question the speed is there, and he would be in the series top 10 if it hadn’t been for a power steering failure pitching him into the wall at Adelaide’s notorious Turn 8, ending his weekend.

For those who’ve followed Randle closely, his results shouldn’t come as a surprise – as well as his Australian Formula Ford Championship win in 2014, he was also the winner of the 2017 New Zealand Toyota Racing Series, a category that attracts some of the best junior open-wheel racers from all over the world.

Driving for the Tickford Racing team (with support from co-owner Rusty French) and managed by renowned talent scout Chris Jewell, Randle also does himself plenty of favours by being intelligent and engaging out of the car; he needs more time, but the fundamental ingredients are coming together.

Verdict: Probably won’t be in the main game in 2019, but he’s setting himself up well for future seasons. 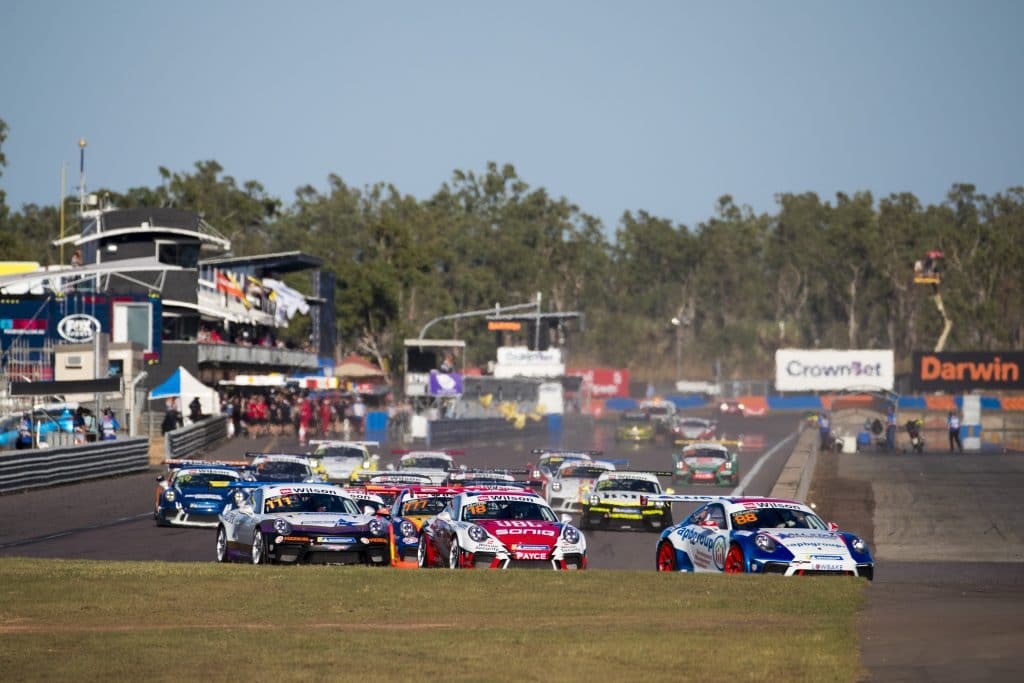 Of the other DVS runners, Kurt Kostecki’s cousin Brodie Kostecki has chalked up some solid results this season, including a podium finish at Symmons Plains – there’s no doubt he has the potential to race in the main game in the future. Following his main-game campaign in 2017, Alex Rullo has come back to DVS as a much-improved driver this season, and there’s no reason he can’t return to the big time at some stage.

Bryce Fullwood will drive alongside Todd Hazelwood in this season’s Supercar endurance races, but needs more consistent DVS results before he’s ready for full-time promotion, while Jack Smith has accumulated plenty of seat time in both DVS and Kumho Series. He’s not ready for the big league just yet though.

Speaking of the Kumho Series, this year’s field has some young drivers who are capable of progressing further, especially Tyler Everingham (who has also been accumulating seat time in production cars) and Zak Best (who previously competed in Aussie Racing Cars and F4).

They may have been overlooked for endurance drives, but in terms of outright ability the front-runners in Carrera Cup are just as good as the top drivers in DVS; the only reason Jaxon Evans and Dylan O’Keeffe haven’t been included in the main list is because their immediate sights are focused on overseas opportunities, as part of the excellent Porsche Motorsport Pyramid. But both drivers certainly have the talent to shine on the local scene if they decide to pursue that option, and O’Keeffe has driven an Erebus Motorsport Commodore at an evaluation day.

There are also some exciting talents in the second-tier Porsche series, the GT3 Cup Challenge, with Cooper Murray and Max Vidau the clear standouts. While it’s a few years before we’ll see these drivers on the Supercars grid full-time, they’re definitely names to watch in the future.

The same can be said for young talents in the Formula Ford and F4 Championships (where high achievers include Hunter McElrea, Jayden Ojeda and Hamish Ribarits).

Finally, there are a number of talented Aussies competing overseas, such as Matt Campbell (World Endurance Championship), Joey Mawson (GP3) and Thomas Maxwell (Formula Renault Eurocup) – if the overseas opportunities dry up, the experience of competing on the world stage against cut-throat competition could make any of these drivers a very attractive proposition for Supercars teams.