It has been the subject of many corny headlines over the years, but “Emery” could hardly be a more appropriate surname for a driver who always seems to find a way of grinding down the opposition.

At Hampton Downs on the weekend, Geoff Emery won back-to-back Australian GT Championships. On its own, it’s an impressive feat, but combined with Emery’s five Commodore Cup titles and 2015 Porsche GT3 Cup Challenge Pro-Am Class victory, it means the 49-year-old has now won a total of eight national titles, placing him among a very elite list of Australian motorsport competitors.

Emery was a relatively late entrant into the sport – he didn’t start racing until he was 29, and he didn’t progress through the typical karting or open-wheel pathways. In fact, his introduction to the Commodore Cup championship in 1997 came about almost totally by accident.

“I was standing at the service station down the road from my house, waiting to pay for petrol, and there was a copy of Auto Action magazine sitting in the rack, so I just thought I’d buy it for something to read,” he recalled.

“I got home, read it and saw a Commodore Cup car for sale and I thought ‘that sounds like a great idea’, so I rang the guy and bought it!”

A competitive individual, Emery was not content just to play around in the one-make, V8 Commodore category for fun – he wanted to win.

After few years grinding away (pun totally intended) on driving technique and vehicle development, Emery was rewarded with his first championship win in 2002. Just to prove it was no flash in the pan, he went back-to-back in 2003… then he won again in ’04, and in ’05 he made it four titles on the trot. 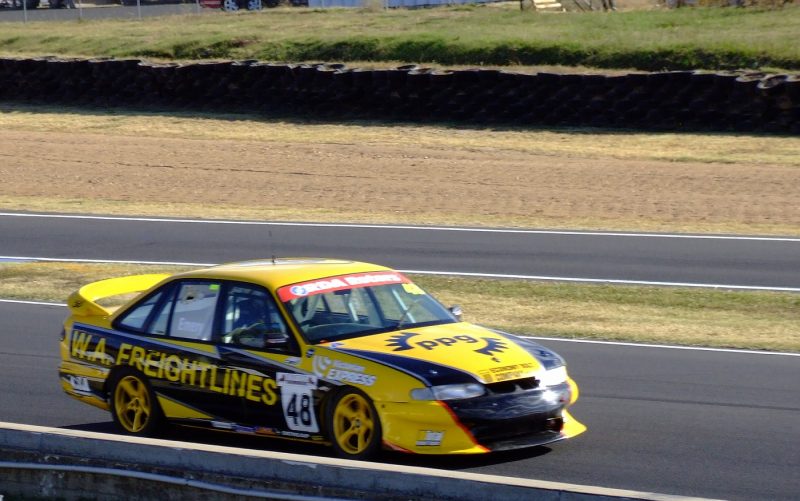 “The thing that kept driving me was the will to win,” Emery said.

“I’m extremely competitive in anything I do, and in Commodore Cup I always strived to be the best; I had a never-give-up attitude. There was a lot of learning along the way, but the eventual results were well worth it.”

With runs on the board, Emery decided to follow in the footsteps of fellow Commodore Cup racer Lee Holdsworth, and progressed to the Supercars Development Series (at that stage the Fujitsu Series) with Smith’s Trucks Racing in 2006. But it would not be a happy campaign.

“The journey with Smith’s Trucks wasn’t what I expected, there was a lot of unreliability with the car, which was not easy to handle,” Emery said.

“DVS in those days had a lot of cars, and a lot of good teams. It was a really tough initiation into Supercars.”

A return to Commodore Cup in 2007 saw Emery regaining his mojo, and capturing his fifth title after a close contest with Brett Holdsworth. But he knew he had unfinished business in DVS, and – under the TAG (“Tony and Geoff”) Motorsport outfit he had formed with Tony Bates – he set about returning to the second-tier of Supercars competition. 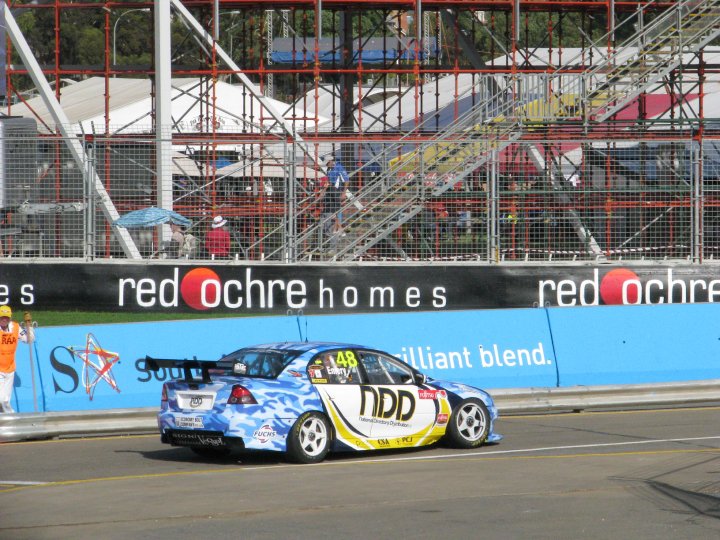 “I wanted to run my own team and that’s what I did (in my return to the series) in 2008, but we didn’t have factory support behind us, which made it a challenge,” he said.

Again, Emery’s determination to win drove him in search of the resources to challenge more consistently at the pointy end of the field, and an alliance with the Greg Murphy Racing outfit proved to be a step in the right direction.

“Once Greg Murphy Racing had unwound their (Tasman Motorsport) Supercar program, we were able to join with them and we definitely lifted our game. They had a lot of data and support, which helped us to improve.”

2012 was a golden year for the Development Series; Scott McLaughlin won the title ahead of Scott Pye, Chaz Mostert and Nick Percat. Yet, despite the strength of competition, Emery – now 43 years of age – finished a highly commendable eighth in the standings. Drivers he defeated over the course of the season included Andrew Jones, Tim Blanchard and Aaren Russell.

And the following year at Winton, he scored a race victory in the category, against rivals such as Cameron Waters, Luke Youlden, Ashley Walsh and Jack Perkins. Not bad for a 44-year-old driver in a non-main game team. 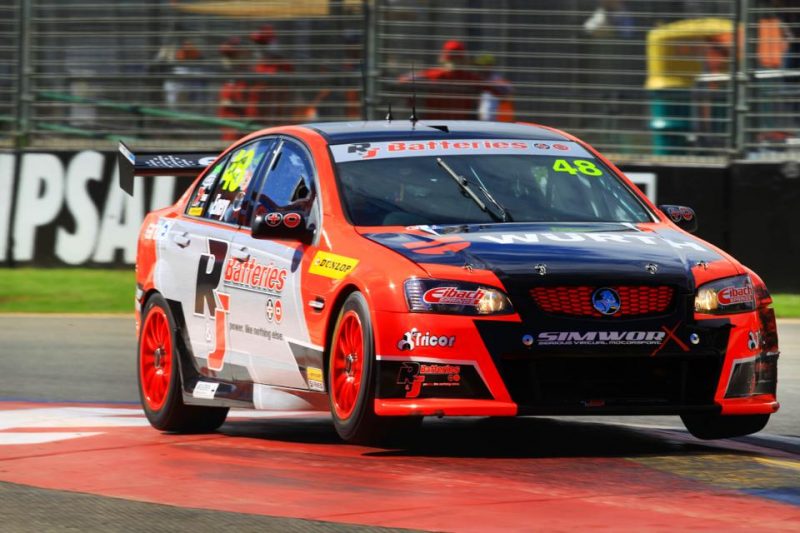 Nevertheless, Emery decided at the end of 2014 his full-time Supercar days were over.

“I wasn’t getting any younger and I didn’t see a future to move any further forward in DVS – it was time for a change,” he recounted.

“I jumped into an Erebus Mercedes SLS for the GT Championship in 2015, and I also did GT3 Cup Challenge because I wanted a good drive in the Carrera Cup Pro-Am endurance races, and I wanted to learn how to drive a Porsche.

“It paid off, because I was able to drive with Warren Luff and Matt Campbell in the Carrera Cup enduros, and we had some good results.” 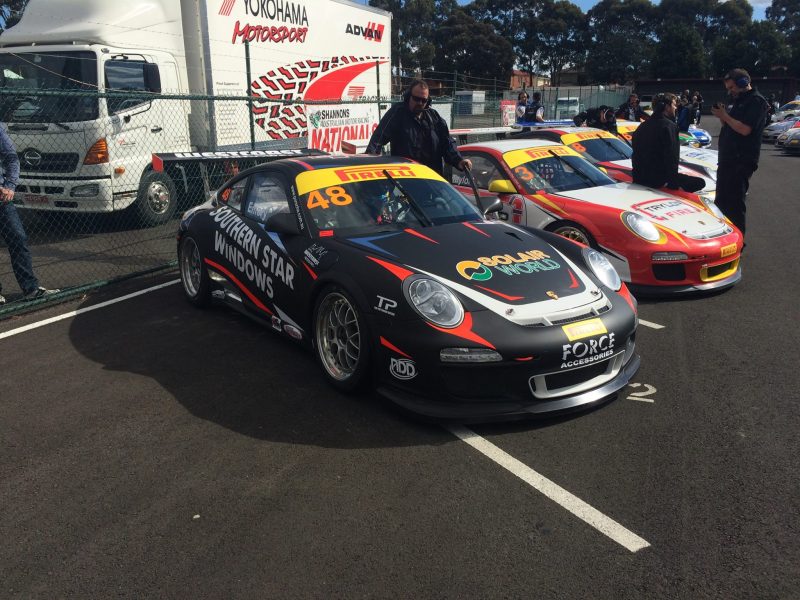 In 2016, Emery switched to the Audi Sport Customer Racing Team for a full Australian GT assault. But disaster struck at the Barbagallo round, when he crashed heavily at the final corner. He sustained a broken back which ended his season on the spot, but while some in the paddock questioned Emery’s future in the sport, those closest to him knew it was always a case of when – not if – he would be back.

By the start of 2017, Emery was determined to return to the driver’s seat and he returned in style, winning the championship. Out of his eight national titles, he rates it as one of the sweetest.

“I still wasn’t totally fit enough to be driving, so to come back and win the championship was personally very satisfying,” he said.

And so Emery came into the 2018 season as the defending champion. In a season reminiscent of some of his early Commodore Cup years, Emery was always among the front-runners, but never quite grasped hold of the championship until the very dying stages. In fact, the only stage he led the standings was when it counted most of all – after the last race.

“It was very exciting, the way it all unravelled. When you go to the final round with six drivers that could win the championship, it made it very intense,” he said. 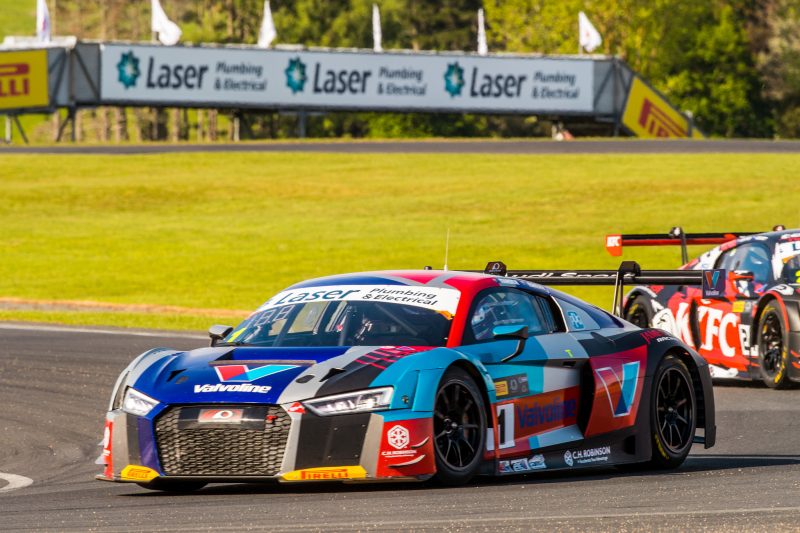 Off the track, Emery is one of the genuinely nice guys of the motorsport paddock, and has a particular interest in helping other drivers improve their performances. One of the main beneficiaries of his coaching has been Ross McGregor – the pair became friends in Commodore Cup, and their relationship has continued since McGregor made the transition to Porsche GT3 Cup Challenge.

Emery gets a real buzz out of seeing McGregor perform well.

“At Sandown this year, I was racing the Audi in the GT Championship, and Ross was also racing in the GT3 Cup Challenge so I was running between the two cars all weekend,” he said.

“I won the GT round, but Ross finished on the podium in the Porsche and I was happier for him than I was for myself. I find it very satisfying to help good people like Ross achieve improved results.”

Emery’s plans for 2019 are up in the air, with his two-time GT Championship-winning car now sold. But he’s adamant he will be racing something.

“I’m hovering around seeing what’s available, I wouldn’t mind doing some endurance races overseas just for something different,” he said.

“I think I’ve still got a few more years left in me, but when I’m not competitive I’ll stop; I don’t want to be running around at the back.”

His somewhat modest and laconic off-track persona means Geoff Emery’s racing achievements may not be celebrated as publicly by the motorsport community as some other competitors, but the numbers speak for themselves – in terms of national titles, Emery is one of the most successful Aussie drivers of the 21st century, and his accomplishments deserve utmost respect.