There, I’ve said it.

So, you ask, how the hell can electric vehicles – which sound like large-scale remote-control cars – produce a more interesting show than the most prestigious motorsport category in the world, a category that prides itself on being the pinnacle of motor-racing technology?

No, they may not be able to reach the same speeds as Formula 1 cars. And no, they may not have the same aural appeal (although that, it has to be said, is much less of an attraction for F1 than it used to be before the V6 turbo era). But at the moment, Formula E has one thing going for it that Formula 1 would die for.

When people know who’s going to win, they will walk away or turn off in droves. It’s the reason why, when it gets close to the end of a rugby league, AFL or Big Bash match and the result is a certainty, people leave early. What’s the point in staying and watching when you already know the result?

Yes, Formula 1 still has its moments of unpredictability, but they are few and far between. The distribution of wealth and the bias towards the teams at the front of the field has not lent itself towards producing a variety of winners. Heading into the 2019 season, I can confidently say the world champion will come from one of two teams, and there are five (maybe six, at a stretch) drivers who will win grands prix this year.

F1’s owners, Liberty Media, know the dangers of this predictability; they can see it in the dwindling spectator and television audiences. They are doing their best to change the scene, and create a more equitable distribution of prize money and introduce cost containment measures so the teams at the lower end of the spectrum can compete on a more level playing field with the powerhouses, but the political landscape means it’s a process that will take years (and even then, there’s certainly no guarantee of a satisfactory outcome). 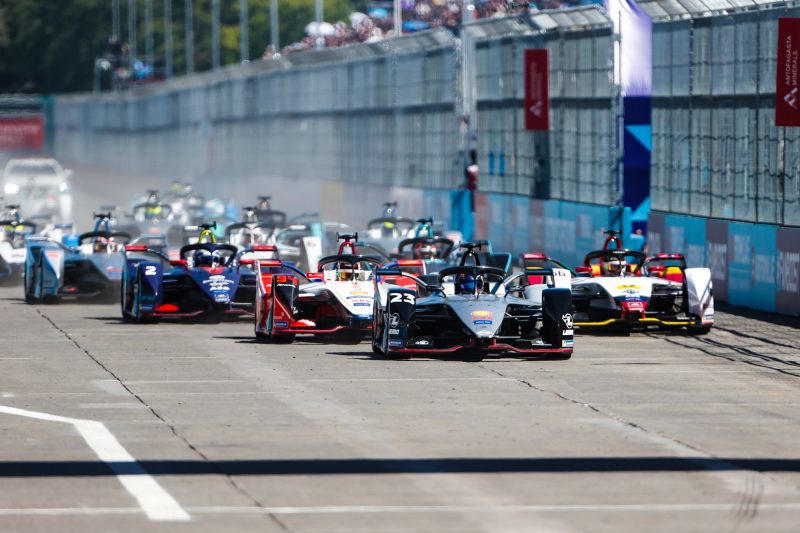 Not only that, the races themselves have been enthralling. There have been nail-biting last-lap passes for the lead, spectacular charges through the field, drivers crashing out of first place and drivers leading, being penalised and then staging storming recovery drives. All four rounds have been motorsport theatre at its finest.

After each race, I have engaged in some long phone conversations with one of my best mates, critically dissecting what happened, with the same level of enthusiasm and excitement we used to channel towards Supercars or F1 races. Formula E races have become something I look forward to with the utmost anticipation.

A lot of this, of course, is because Formula E started less than five years ago, from a completely clean slate, and the organisers (capably led by Series CEO Alejandro Agag) knew they had to create a formula that was as appealing to small privateer teams as it was to big-spending manufacturers, and that they had to create a product that would be enticing for fans.

Vergne is one of several ex-Formula 1 drivers in this year’s field. Other familiar names from F1 include Massa, Di Grassi, D’Ambrosio, Buemi and Vandoorne. There are others who perhaps could’ve/would’ve/should’ve made it to F1, like Da Costa and Frijns, so there’s no doubting the depth of talent.

There are some aspects of Formula E that are not perfect; for example, I’m not sold on the idea of Fanboost where some drivers receive an extra power boost by receiving the most online votes from fans. But the Attack Mode (a new introduction for this season) has added an extra element to the racing, even if it might look gimmicky to rusted-on racing enthusiasts.

Those same enthusiasts also won’t be a fan of the sounds of the cars, and indeed by race car standards, they’re not the fastest machines either.

But as race fans, we need to stop clinging to the past, look at the wider automotive industry and realise that electrification is the way of the future. It’s not the old enthusiasts that Formula E needs to appeal to, it’s the next generation of race fans; the ones who won’t remember noisy, smelly petrol engines, but will be captivated by epic contests like the one we’re seeing in this year’s series.

And so that brings me to my last point – where would be a good spot for a Formula E race in Australia? Adelaide, Perth and the Gold Coast have all been talked about, but I want to throw another suggestion into the mix – the old Canberra street circuit.

The tight confines would suit Formula E cars to a tee, and you could hold it as the first round of the championship in late spring/early summer (not the middle of winter like the Supercars races). You’d also be in the heartland of passionate techno-enthusiasts, politicians and others who could use the series as a platform for activations, promotions and other activities.

A capital idea, don’t you think?