“It’s better to ask for forgiveness than permission.”

“Don’t take no for an answer, not just means not now.”

In March 2014, I was working in the admin office at Wakefield Park when an attractive girl in a race suit walked in, to sign on for a practice day.

Obviously, I decided she was a customer I needed to serve, so I engaged her in conversation and asked her what she was driving.

“I’m going to be racing in the Excel Series this year, but my aim is to be a professional driver and race in the V8 Supercars Championship,” she told me.

I didn’t say it to her at the time, but the first thought that entered my head was “yeah right.” Even at that stage, I had been working in the motorsport industry for over a decade and had formed the conclusion that if you wanted to race at the top level of Australian motorsport, you needed to start racing in go karts when you were a teenager at the latest. If you were good enough and/or could attract enough funding from family or sponsors, you would move up to state or national Formula Ford and from there, it was only the very best and/or richest that would progress further up the ladder, to the V8 Development Series or Carrera Cup, with the cream of the crop from those categories making it to Supercars, a category with 26 cars on the grid.

At face value, the girl standing before me at the counter had no chance. Apart from being the best part of a decade behind everyone else aiming at a professional career in the sport, I was looking at a female in a male-dominated sport, with no family support, racing in a category that had no history of producing future stars.

Two years later, that same girl was racing in the Kumho V8 Touring Car Series and had somehow convinced me to manage the media and PR aspects of her racing program. I don’t need to rewrite those two years of Emily Duggan’s career, because you can read about them in the article I wrote then. 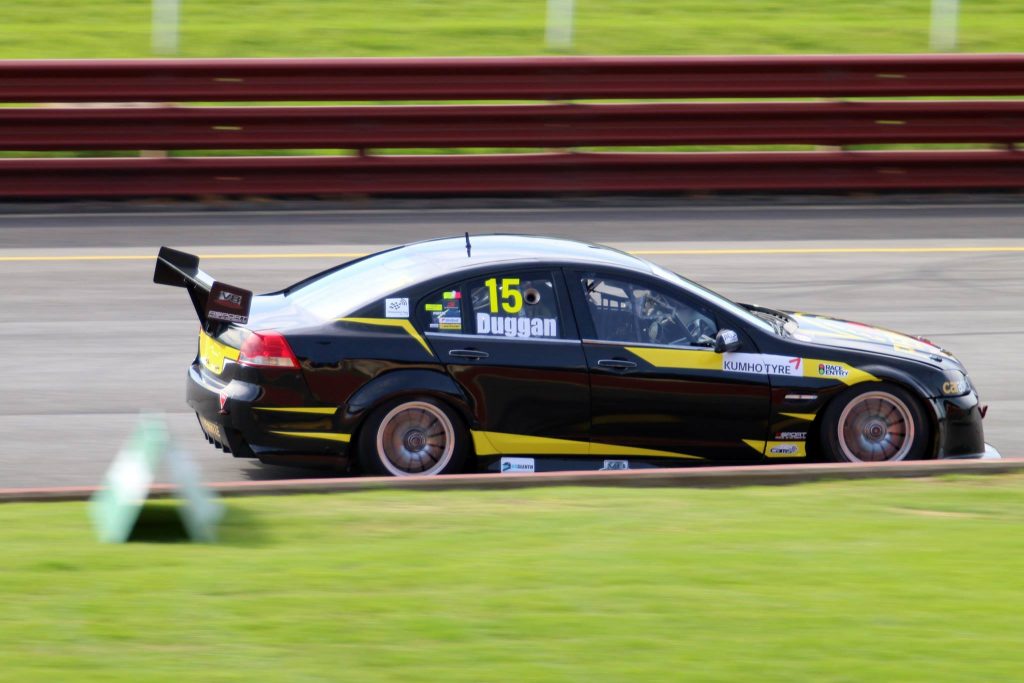 The bottom line is that Emily refused to accept that a professional career in the sport was out of reach, despite every accepted industry convention pointing to it being a near-impossibility.

History shows that Emily’s Kumho drive in 2016 was a one-off, but it was also a valuable learning experience for her. The first time she drove the car was at the event, so she was learning the art of driving a 630hp Supercar at a race meeting. It was brave and earned Emily plenty of admiration, but in hindsight it’s something she probably wouldn’t have attempted without a test day beforehand.

While a lack of commercial support precluded Emily’s chances of participating in any more Kumho rounds during 2016, the taste of competing in a national category only served to energise her motivation to make it all the way to the top.

The change in Emily’s demeanour was noticeable. She realised that she wasn’t just racing for fun any more, and that she needed to approach the task with much more rigor, thoroughness and precision.

She returned to the Excels but the intensity of her on and off-track preparation stepped up a notch. She increased her physical training activities, but also worked hard to leverage the media coverage she had gained from her Kumho appearance, to the point where she was gaining an extraordinary amount of exposure for someone in a state-level category.

One of the most memorable moments of the 2016 season was Emily’s win in the one-hour endurance race at Wakefield Park in July – an event I was fortunate enough to commentate. After an intense contest in which Emily and her main rival were separated by less than a second for the entire race, she prevailed after seizing upon a single opportunity to make a pass for the lead.

Emily’s reaction after she crossed the finish line – squeals of excitement followed by tears of jubilation and relief – is still one of the most emotional outpourings I’ve ever seen at the end of a race. It was one of the moments where Emily’s incredible dedication and work ethic were rewarded. 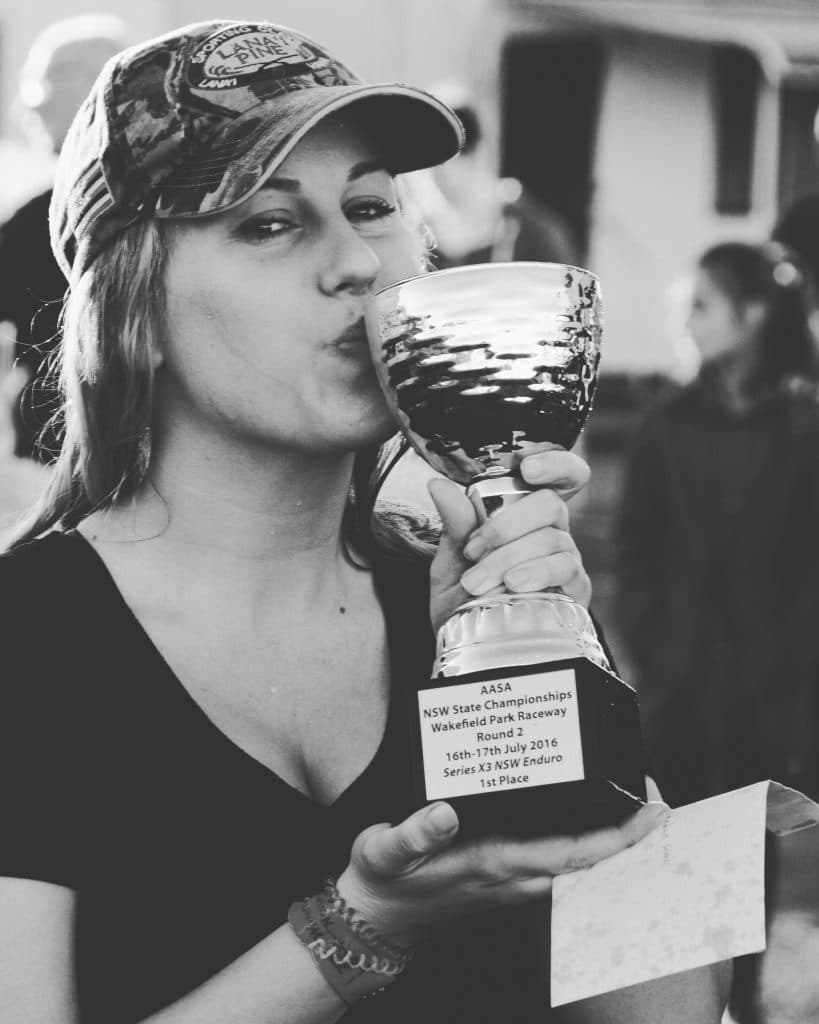 Speaking of work ethic, Emily aims for the loftiest of sky-high standards (the “Emily Standard”). She expects others to reach the same heights, and has a very limited amount of tolerance for those who don’t.

In 2016, when I was preparing to compete in my first race – the 24 Hours of Lemons – Emily was my driver coach and also one of my co-drivers. When I turned up to Marulan Driver Training Centre for one of my first test days in my Lemons car (co-incidentally, a Hyundai Excel), Emily felt that I hadn’t adequately prepared myself for the task at hand, and didn’t hold back in telling me so. That morning I was severely reprimanded for everything from not studying a map of the track before arriving, to not loosening my harness upon exiting the car.

But later in the day, the reprimands were replaced by warm encouragement as my on-track performance started to improve. It was an experience that revealed a couple of sides of Emily’s personality, but highlighted one of her main assets – her ability to get the best out of those around her. 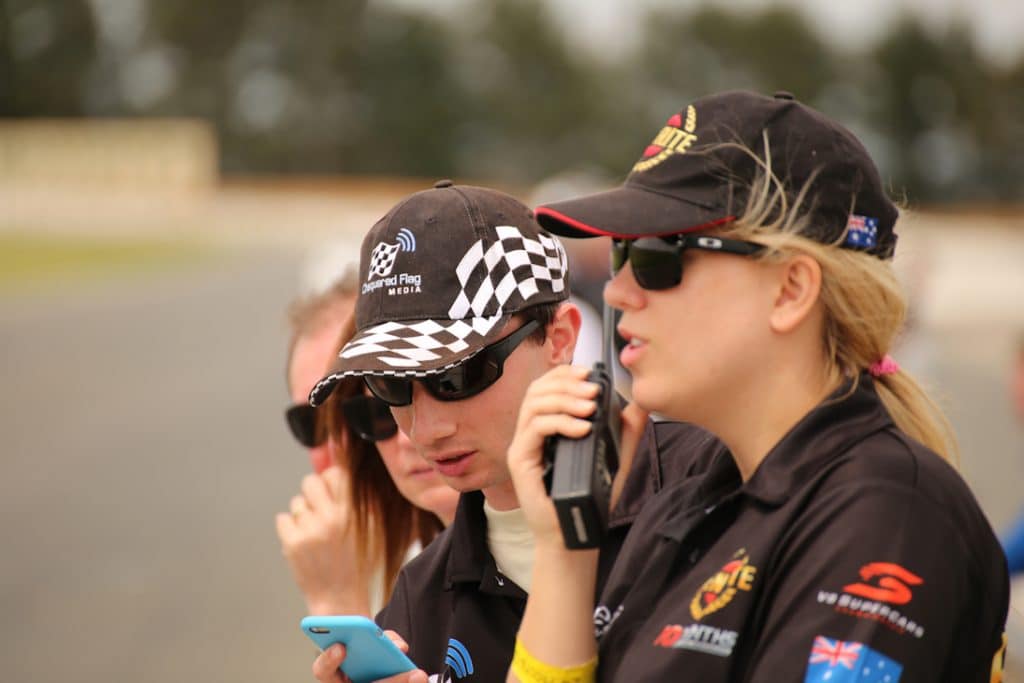 Come 2017, Emily was still looking for the commercial backing to compete in a national series full-time. It was a year where she realised sponsors were interested in more than just exposure, and while she stayed race-fit with another season in Excels, she worked harder than ever off the track.

As well as attending networking events and telling people about her unique story, she broadened her skill set by pursuing driver training and corporate hosting work.

There were plenty of moments where Emily could have have questioned herself, or looked for easier options to derive shorter-term enjoyment from less-stressful pursuits. But she never once stopped or considered giving up, and her efforts will be rewarded when she lines up on the grid for the Toyota 86 Series.

Make no mistake, it’s certainly not the ultimate career destination and there are still days, months and years of hard work ahead, but Emily now has the chance to utilise the exposure benefits of a professionally-run category on the Supercars support program. She’s in the right place to make the most of her off-track persona while continuing to fine-tune her on-track performance.

And in a move that epitomises her entire career, Emily will not race for an existing Toyota 86 Series team; instead, she has built her own car and formed her own operation, surrounding herself with a small-but-dedicated crew. It wasn’t the easiest option, but it was the option that gave Emily the motivation, direction and total control of her own destiny that will provide her with the environment where she knows she can reach her maximum potential.

Unlike so many others who have had the full support and financial backing of their family to chase a career in the sport, Emily has achieved everything herself. This has instilled her with a level of maturity and appreciation that sets her apart from the pack.

Since that fateful day at Wakefield Park when we first met in 2014, Emily has almost single-handedly changed my perception of how a career in motorsport can be created, and her amazing story (which is still being written) will continue to stand as an example of how any goal can be accomplished by anyone who wants it badly enough. She is not just a client, she is one of my closest friends and I can’t wait – both personally and professionally – to continue to be part of her journey. 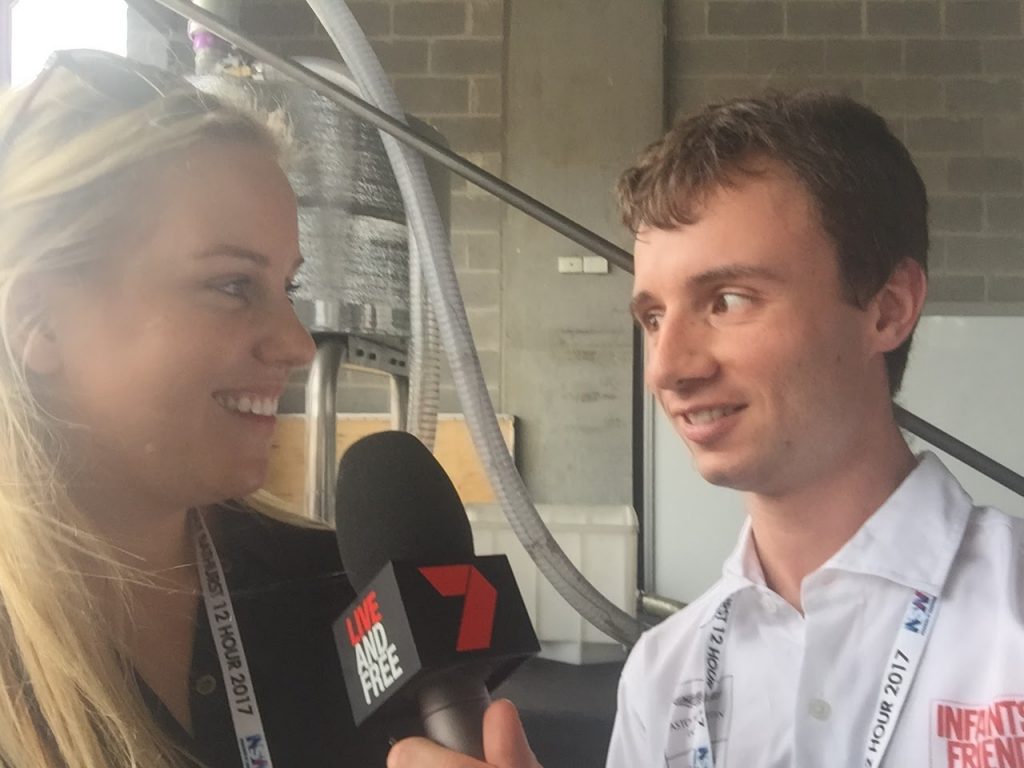