Formula Ford stars Tom Sargent and Lachlan Mineeff are preparing to experience one of the most thrilling moments in their motorsport careers tomorrow, when they turn laps at Wakefield Park in a current-specification Porsche 911 GT3 Cup car.

Sargent (17, from Young) and Mineeff (16, from Bowral) have been two of the front-runners in the 2019 Australian Formula Ford Championship, each winning races and rounds for the CHE Racing Team. 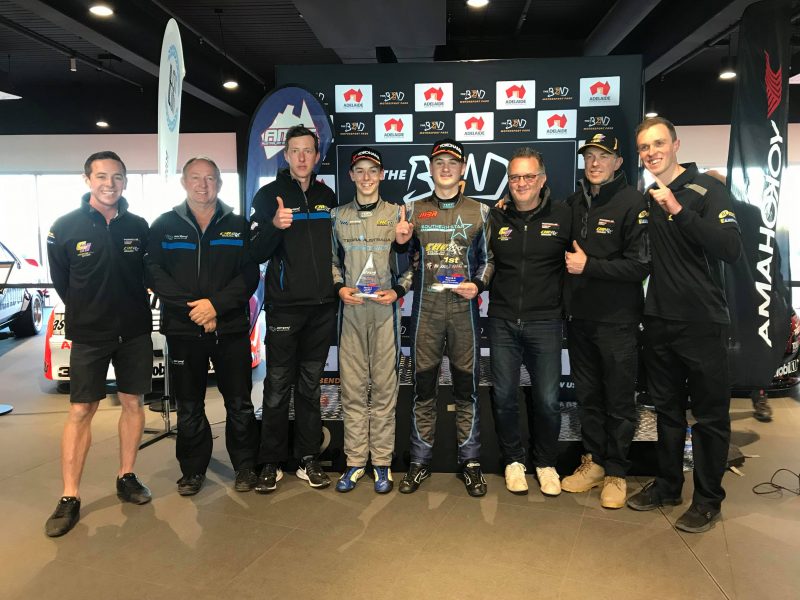 The team, owned by the family of 2015 Formula Ford champion Cameron Hill, has organised tomorrow’s test as an acknowledgement of Sargent and Mineeff’s impressive performances, and the car they will test is the very same Porsche raced by Hill in the Porsche Carrera Cup Australia.

Hill said the test opportunity is thoroughly deserved by both drivers, and also reinforces Formula Ford as an officially-recognised step in the Porsche Motorsport Pyramid.

“Tom and Lachlan have both achieved some outstanding results, and they’re both learning and improving all the time,” Hill said.

“I know, from first-hand experience, just how valuable Formula Ford is as a junior development category, and with our CHE Racing operation, our plan is to give young drivers the right environment to learn the fundamental skills of going motor-racing.

“Being able to drive a race car quickly is a critical component, but it’s certainly not the only aspect of being a successful competitor; Formula Ford teaches drivers how to feel the impact of setup changes on car balance, how to analyse data and provide feedback to an engineer, and how to engage in wheel-to-wheel combat without making contact with other cars. 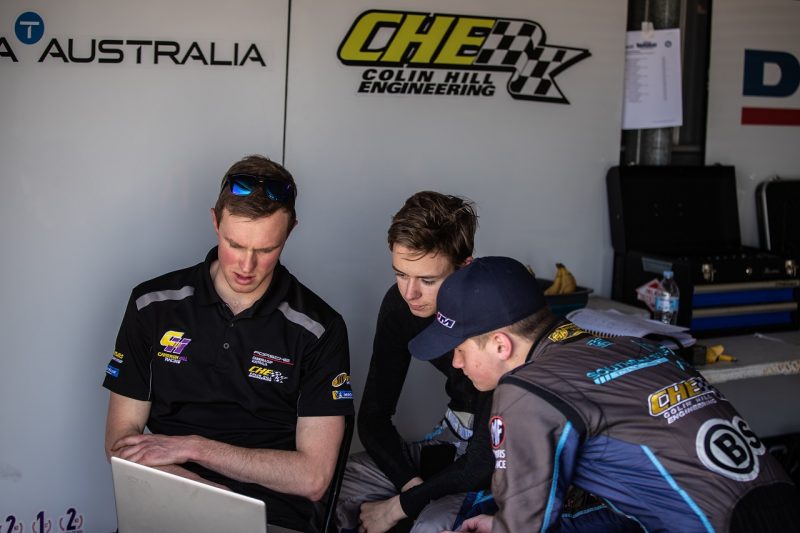 “Lachlan and Tom have proven themselves as race and round winners, and they’ve done our small family team very proud; we feel it’s appropriate to offer them a drive of the other race car in our stable.

“While the Porsche is a lot faster and more powerful than a Formula Ford, the fundamentals of driving technique are not too dissimilar, so I’m expecting them to go well. But I’ll be reminding them I have to race the car at Bathurst in a few weeks!”

Sargent and Mineeff are both thoroughly looking forward to the experience.

“The only tin-top race car I’ve ever driven has been a Toyota 86, and I’ve never driven anything with slick tyres before,” Sargent said.

“It will also be my first time in a left-hand-drive car, so there will be a lot to get used to, but I can’t wait!”

“I can hardly believe it’s happening, I don’t think I’ll be sleeping much tonight because it’s like the night before Christmas,” Mineeff added.