GWR Australia team owner Garth Walden has rated this weekend’s fifth round of the Porsche GT3 Cup Challenge at Sandown as challenging but positive, after drivers Ollie Shannon and Rob Woods experienced highs and lows over the course of the event.

In his Porsche racing debut, Shannon impressed the team in what was undoubtedly a steep learning curve for the NSW Production Touring graduate. After finishing 11th in Race 1’s slippery conditions, Shannon improved to seventh in Race 2 and was again running strongly in Race 3 before a small mistake caused him to make light contact with the tyre wall at the end of the back straight. He recovered to finish 15th. 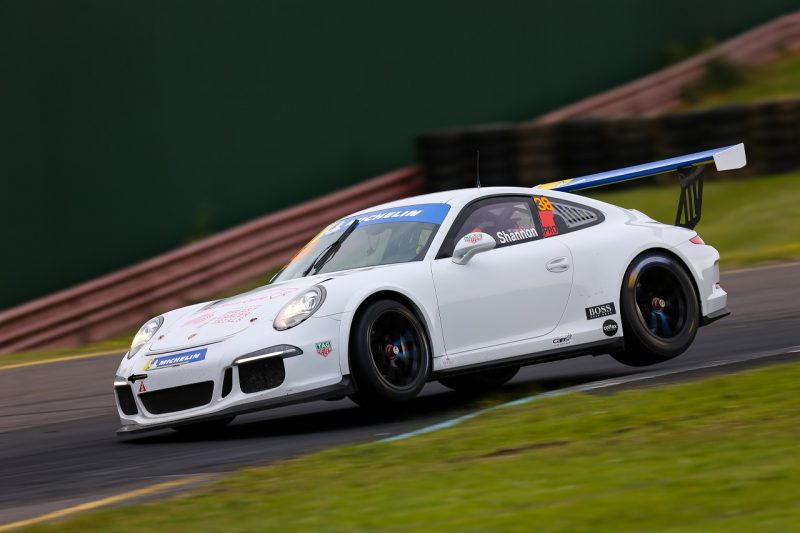 “I managed to get going again, and was able to match my best lap time from yesterday even though I had a damaged car,” Shannon said.

“I’ve really enjoyed the weekend – it’s been a lot of fun, and I can definitely take a lot of positives out of the weekend, especially with learning how to analyse data, and understand how a Porsche behaves on new tyres.”

Driving the Platinum Motorsport entry, Rob Woods’ weekend got off to a less-than-ideal start after a practice crash, when he collided with a car that had spun at Turn 4. The resulting damage caused him to miss qualifying, but some hard work from the team, including some off-site repairs, enabled Woods to return to the track for the races.

The highlight of Woods’ weekend was a scorching start in Race 2, which saw him launch into the top five in the Pro-Am Class, and Woods was on target to make further progress in Race 3 before his car was struck from the rear by another competitor at Dandenong Road Corner.

“I was dive-bombed, and there was nothing I could do,” Woods said.

“It was frustrating, because we had just had a Safety Car which had bunched the field up, and I felt I had enough pace to make up some more positions.

“Overall though, it’s been a good event in terms of speed – the GWR boys did a sensational job of fixing the car after Friday’s drama, and it was terrific for the rest of the weekend.”

Walden was pleased with the efforts of both his drivers and the team.

“Ollie was thrown in the deep end this weekend, but he had a very sensible attitude and kept learning – I’m very happy with how he worked through the process,” Walden said.

“Rob had some bad luck this weekend, but I’m proud of my team for their effort in repairing the car, and Rob drove well – he finished all the races and scored some good points.”

The sixth and final round of the Porsche GT3 Cup Challenge will be held at The Bend, 15-17 November.