Tony Bates and Chaz Mostert kicked off the Fanatec GT World Challenge Series for Tony Bates Racing with a combination of race leading pace and passing prowess to finish third, despite losing a significant amount of time through no fault of their own.

Tony Bates was given first duties at the wheel of the Bostik Trade Australia Audi R8 GT3, which he started from pole position courtesy of yesterday’s strong qualifying performance. Bates settled early into fourth position, conserving the car for the 60 minute race. Further back in the field however there was plenty of drama and the Safety Car was required after multiple incidents unfolded.

Race one’s sole Safety Car intervention was lengthy enough to chew up the majority of the first driving stint, and Bates was left with just a couple of green flag laps left on the restart until the team decided to pit. The signal to pit proved decisive in the race, as Bates was left stranded behind a slowing car who entered pit lane before him and then stopped. 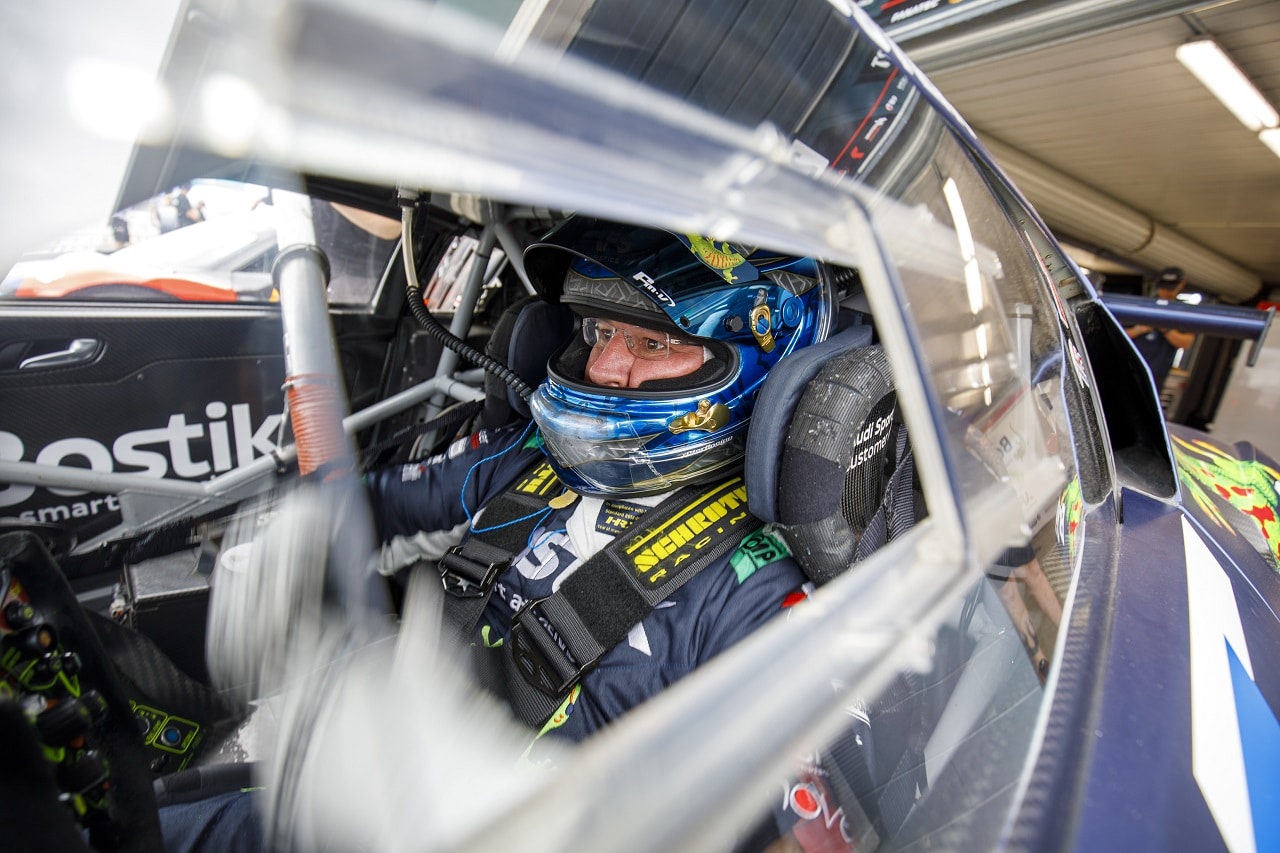 “We got quite unlucky today with that pit lane incident, we estimated our loss in the pits to be about 50 seconds, which was more than the gap to the leaders by the end. Chaz blew us away again, we all knew he’d gain us some time back but what he did was simply phenomenal, he’s a gun,” said Bates.

Mostert jumped into the car at a major disadvantage with the #24 now scored down in 14th position, with only half an hour to go in the season’s opening race. Showing off his immeasurable talent and composure, Mostert rattled off fastest lap after fastest lap as he proceeded to climb up the order all the way to fifth position where the team seemed destined to finish.

A late push on to the final lap saw Mostert leapfrog the final two teams on the timing screens to claim third place and complete an improbable recovery drive following the pit lane incident.

“I’m pumped to pick up the double podium with a win in TCR and the third place in GT, both in Bostik Audi’s. I’m disappointed for Tony, obviously we’re happy to get back to the podium but we know there was a chance at a better result in there. What today proved was that we have a lot of car speed though, so we’ll see what tomorrow brings,” said Mostert.

Race two of the Fanatec GT World Challenge Australia Series will take place at 11:50AM AEDT on Sunday, and the action will be live on 7mate and 7plus in Australia, Sky Sport NZ in New Zealand and Motorsport.TV for International Viewers.