Tony Bates and Dylan O’Keeffe have overcome changeable track conditions and strategic challenges to bring the Bostik Racing Audi R8 home second in the Pro-Am class and third outright in the opening race of the Fanatec GT World Challenge Australia at the OTR Bend SuperSprint today.

Starting ninth on the grid, Bates drove a sensible opening stint in which he gained several places, despite running wet tyres on a rapidly-drying track.

“The first stint was hard work – with a lot of damp patches on the circuit, we started on wets, but the track dried very quickly and the wets soon started to wear out,” Bates said.

“Fortunately, most of our main rivals were also on wets and I was able to pass several of them.”

By the time Bates pitted to hand the car over to O’Keeffe, he had moved into the class lead. 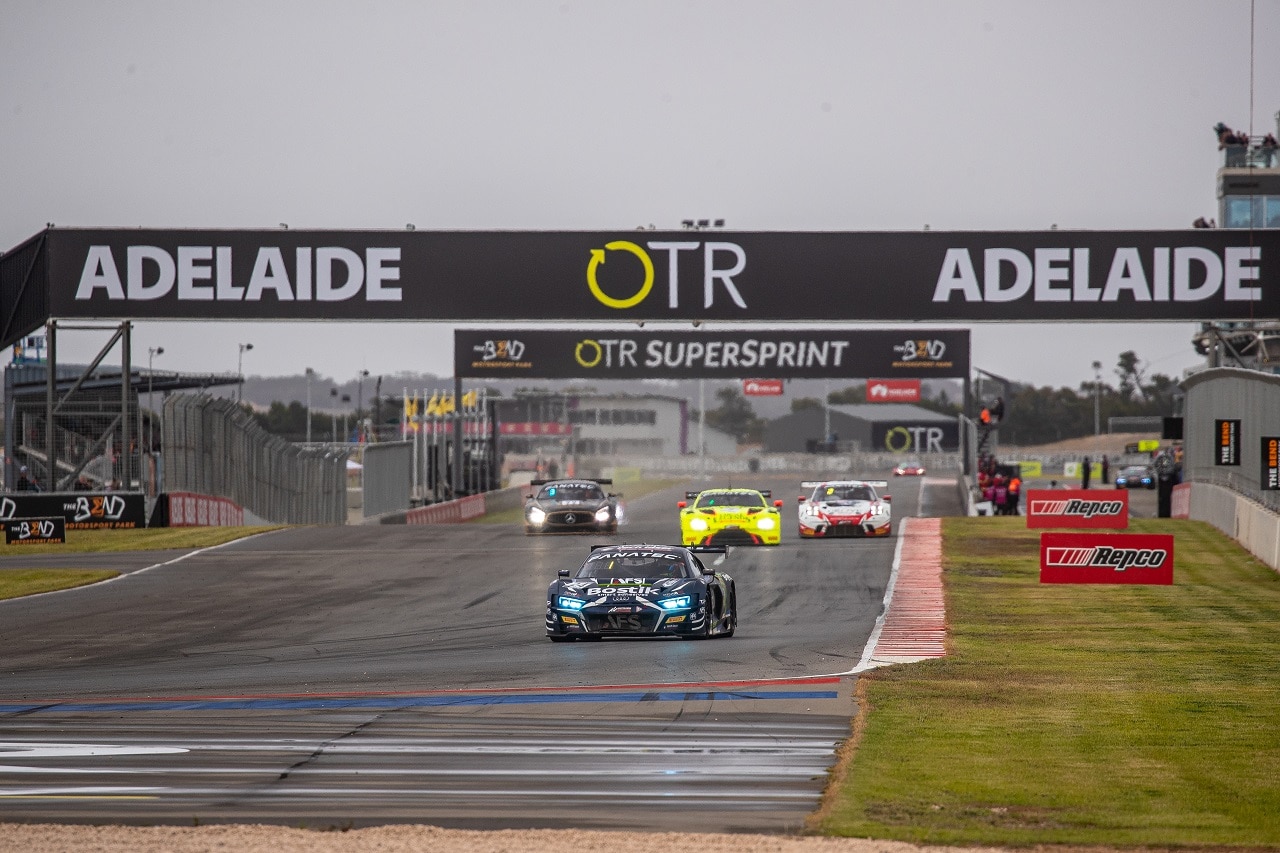 “There was a Safety Car shortly before the pit window opened, which negated a lot of the advantage for the cars on slicks and put us in a good strategic position,” Bates said.

Shortly after O’Keeffe slotted into the Bostik Audi, rain started to fall and O’Keeffe was faced with the challenge of bringing the car home on a slippery track, on a used set of wet tyres.

“By the time I got in the car, the wets were quite worn so there wasn’t a lot of grip, but we were still significantly faster than the cars that tried to make it to the finish on slicks,” O’Keeffe said.

“I had a good battle with Garth Tander at the end; he passed me into the first corner and I tried to pass him back into turn three, but he squeezed me onto the damp kerb and I had a small spin.

“Fortunately there was no damage, and I was able to continue on without losing too much time.”

Bates said both he and O’Keeffe can take a lot of satisfaction out of their personal performances today.

“The conditions for today’s race were very challenging for both of us, having to deal with changing weather and grip levels,” he said.

“I was pleased with my speed early in the race, we definitely made some gains compared to qualifying yesterday.

“Dylan did an impressive job to achieve solid lap times on badly worn tyres, and maintain our podium position.

“Hopefully the weather conditions are a bit less complicated for the second race tomorrow.”

Race two will be held at 10:00 tomorrow morning.