Holdsworth, 37, has competed full-time in the Supercars Championship for the last 15 seasons, amassing an impressive array of achievements highlighted by three race victories and 19 podium finishes.

While Holdsworth has spent the bulk of his career in Supercars, he has raced a variety of other vehicles, including production cars and GT3 cars in the Bathurst 12 Hour.

In this year’s TCR Australia Series, Holdsworth will race head-to-head with several of his previous Supercars rivals such as Jason Bargwanna, James Moffat and Michael Caruso, with whom he shared a Bathurst 1000 podium finish in 2009. 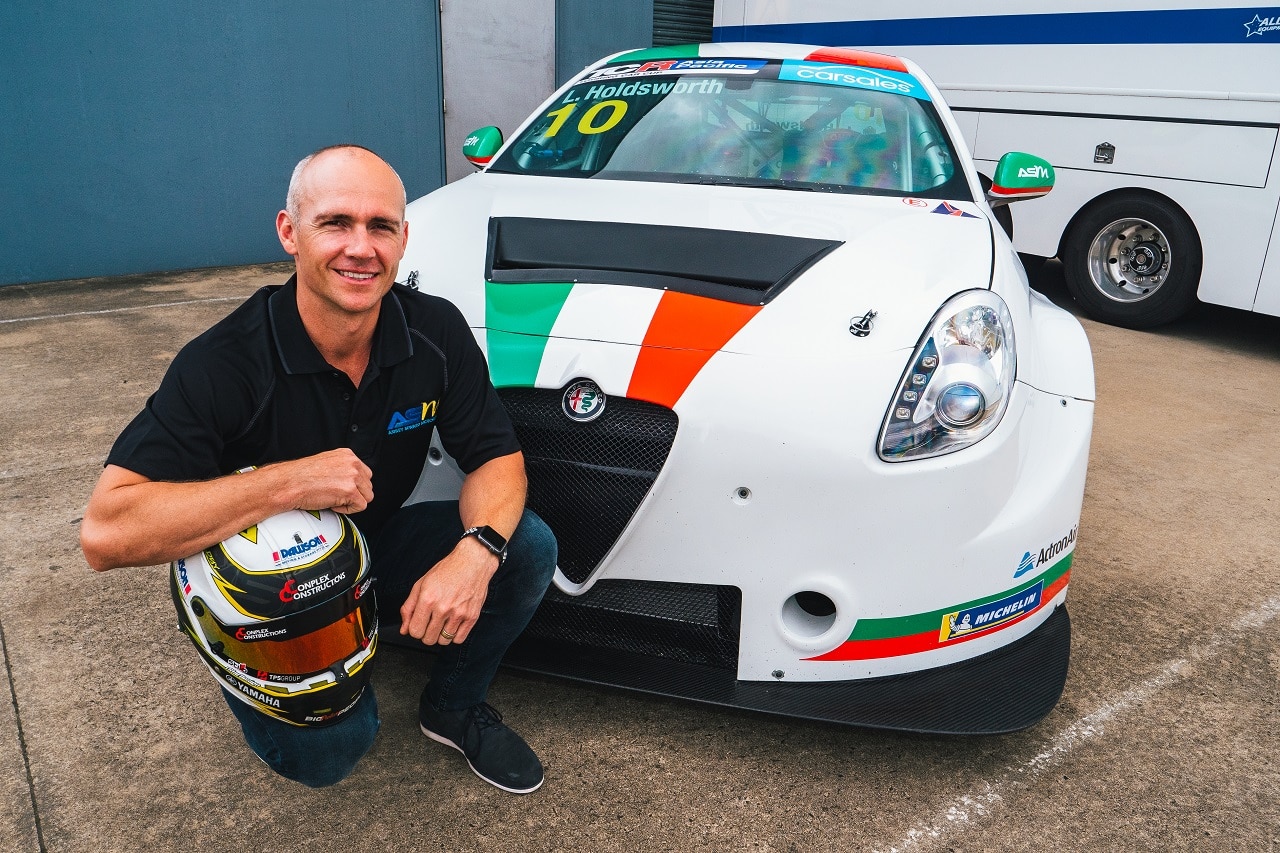 “It’s brilliant to have my future tied up in TCR Australia with Ashley Seward Motorsport – it’s a really professional team running the Alfa Romeos,” Holdsworth said.

“TCR Australia is a great opportunity for me to continue motorsport in a professional manner; it’s great for sponsors having the Seven Network coverage all year, the cars look brilliant and you’ve got manufacturers involved.

“I’ve been following TCR Australia since it started and it has really close racing with some high-profile names. It’s becoming a well-recognised category and it’s a category that races all around the world.”

Holdsworth said he is entering the season with some lofty goals.

“Expectations for the year are pretty high; just coming out of Supercars, I’m at the top of my game and I expect to be running up the front, bringing home some trophies. From what I’ve seen from Ash Seward and his team, they’ve got all the goods for me to do the job,” he said.

“It’s cool to be teamed up with Jay Hanson – he’s a young gun who’s been through other categories like Formula Ford and done some really good things. He’s spent a lot of time in these cars, so I’m hoping I can learn from him but also teach him a bit as well.

“It’s great to start the series at Symmons Plains, it’s a cool track and the Tasmanians are very passionate about motorsport.”

Team owner Ashley Seward said the partnership of Holdsworth and Hanson will provide the team with a useful balance between youthful exuberance and racing knowledge.

“It’s really exciting to have Lee on board for 2021. The combination of Lee and Jay is going to give our TCR program a strong mixture of youth and experience,” Seward said.

“We had some strong results in the Alfa Romeo during the 2019 TCR Australia Series and we’re confident it will be a competitive package for both Lee and Jay this year.

“Like many other teams, 2020 was a challenging year for us but we’re starting 2021 on a positive note and we’re looking forward to a good season.”

Holdsworth and Hanson will be on the grid for the opening TCR Australia round at Tasmania’s Symmons Plains Raceway, 24-26 January.