Chequered Flag Media is a bespoke communications and management provider, specialising in the motorsport industry but also servicing clients in other sectors.

Working according to our core values of knowledge, expertise and passion, we strive to achieve first-class results for our clients, all the time. 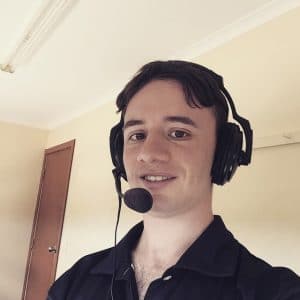 Lachlan Mansell has had an obsession with automobiles since a very early age – in fact, his first word was “car”!

Lachlan made his first foray into motorsport media in 2003 when he was just 14 years old, managing the media and public relations for Ian Kegg, a front-running competitor in the Lotus Trophy national series.

During his final years of high school in 2005-06, Lachlan worked as a commentator at a number of state-level race meetings before completing a Bachelor of Communications-Journalism (with Honours) at Charles Sturt University between 2008 and 2011.

Upon completing his studies, Lachlan occupied a few full-time positions in the motorsport industry, including PR assistant at Veracity Media and media manager for the Benalla Auto Club, before electing to concentrate on his business interests full-time in 2017.